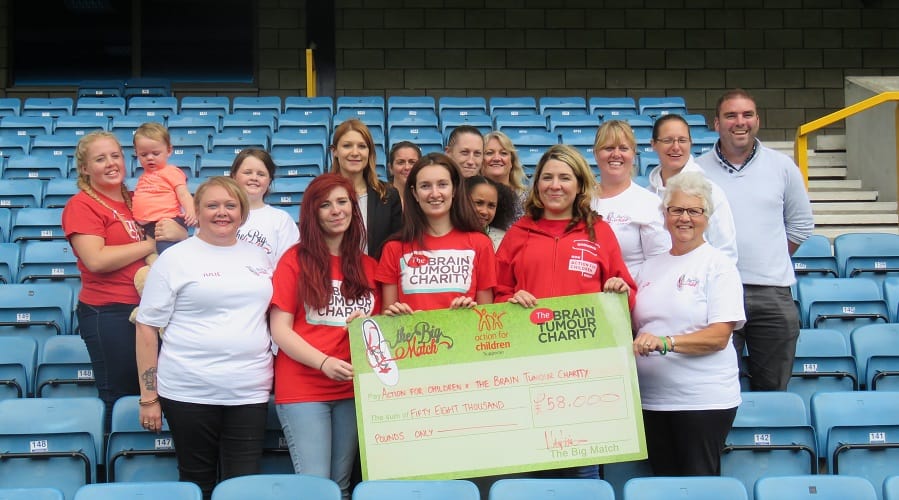 A charity football match hosted by Millwall has raised £58,000 for The Brain Tumour Charity and Action for Children, writes Becky Morton…

The Big Match, held at the Den on May 20, saw children take part in a fun training session with Millwall Community Trust’s professional coaches followed by a match featuring former professional footballers and celebrities.

Children taking part were asked to raise £50 but many went on to smash this target.

The Big Match, now in its sixth year was founded by Neil Humphries after he lost his father to a brain tumour.

He said: “We are delighted with the success of The Big Match this year. It was the first time we staged it in London and we knew it was going to be a challenge. But the support we received from the local community and businesses, Millwall Football Club, The Community Trust, players, sponsors and supporters was fantastic which meant we could hand over a massive fundraising total to the charities. We are looking forward to 2018 and would love to be back at Millwall!”