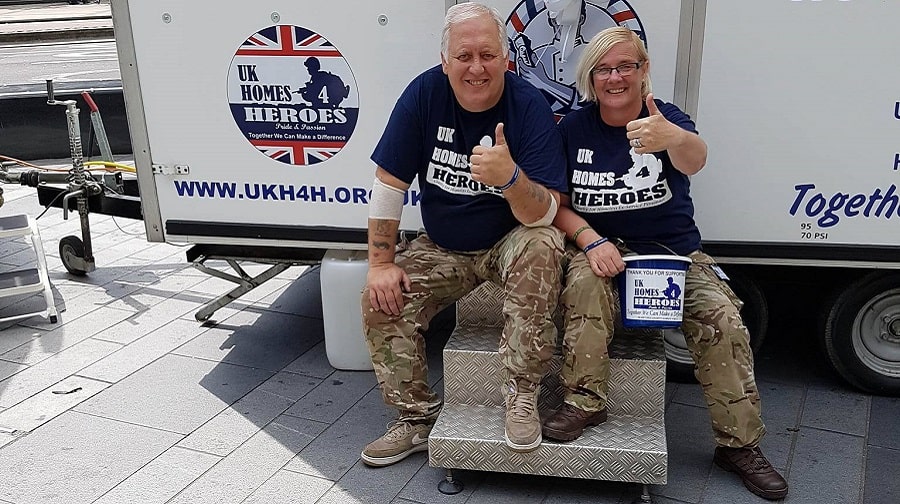 A charity has launched a mobile care unit offering haircuts and washing facilities to homeless ex-servicemen and women.

‘Pearly King’ of Peckham and Camberwell Jimmy first had the idea four years ago, but never had the funding for it to get off the ground – until now.

The pair launched the mobile care unit in Waterloo on Sunday and have already had their first visitors through the door.

“We believe it’s the first of its kind in the UK,” said Michelle, aged 49. “We do haircuts and clean clothes when they come in and they can have showers, shave, and clean their teeth.

“We first had the idea about four years ago, but never really had the money in the charity to do it. But last year we had some generous donations and supporters so we could do it. It’s been a dream come true.”

The mobile clinic will be available in different places on rotation.

“The people who’ve used it so far have been over the moon. It’s a lifeline and it’s a helpline to these people.

“One of the men was telling me that to go and get a shower he had to book five days in advance to get one in Waterloo.”

Jimmy said he set up the charity in 2010 out of “pure frustration”, after one of his friends was injured while serving as a soldier.

ound himself homeless and I put him up for a little while and took him round to Southwark Council, but they didn’t want to know.

“The charity was born out of pure frustration that one of our boys could go out and fight for our country and come back and be on the streets. It’s not right.”

To donate to the charity, visit their Just Giving page: www.justgiving.com/ukhomes4heroes