Patient's aunt says thanks to the generous dozens who took part 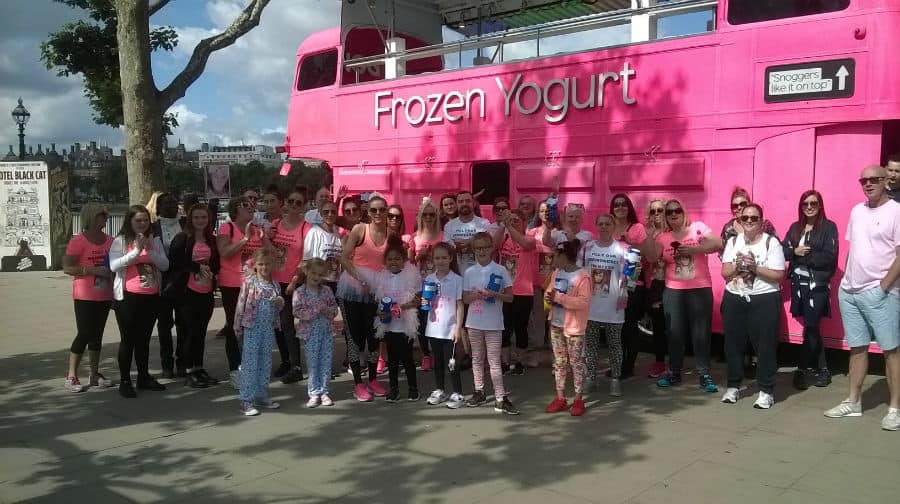 A grand total of £6,200 was raised for Bermondsey’s Tilly Browne, as part of Tilly’s Walk for Life and after party on July 3.

The organiser, Sue Slater, told the News the she would like to say “a huge thank you to everyone who supported Tilly’s cause and raised a fantastic grand total of £6,200”.

“Tilly would like to express her gratitude to everyone who walked with her on this journey and supported her in every way, as it means so much.

“The sun stayed out all day for Tilly and the after party was a great success, with great music from DJ Noel Smythe who kept the party going in Paradise Park, and the generosity of all who attended who helped us raise £400 on the raffle alone. Thank you all for your prizes.”

More than a hundred people turned out for the charity walk and after party to show their support for Tilly.

Suzan Crawley, Tilly’s aunt, said: “I would like to thank the young children who participated in the walk and collected £350 for the George Pantziarka TP53 Trust who support families with Li Fraumeni Syndrome.

“On behalf of Sue Slater, Tilly and her family we would like to say a special thank you to Dr Anne Rigg, Consultant Medical Oncologist at Guys Hospital for attending the party.

“She gave a very emotional speech about Tilly and the special relationship the team have with all the family. She has never met a family like them for such strength and spirit in adversity.”

Tilly said: “Thanks to the sponsors and everyone for their raffle prizes and the News for your love and support.”

The ultra-rare condition affects less than 500 families across the globe and some of the money raised will go to the George Pantziarka TP53 Trust, a charity supporting families dealing with Li-Fraumeni.

Tilly thanks the following for their donations: