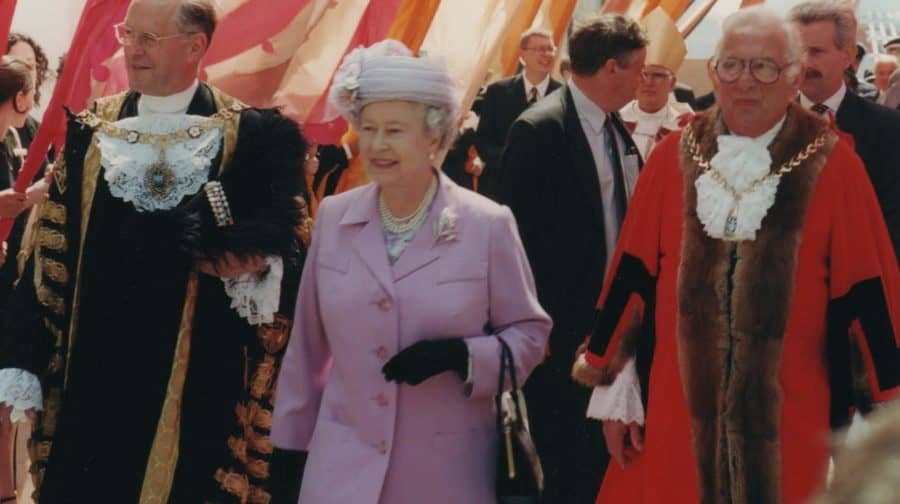 Charlie with the Queen

The family of the late Charles Cherrill have shared their thanks for the tributes and support shown after the veteran local politician’s death.

Tom White, a trustee of Southwark Pensioners’ Action Group, told the News: “Charlie was an absolute legend. I joined Southwark pensioners twenty years ago, and served with him on the older persons partnership board. I was lucky to learn so much from him.

“He was a brilliant chair, always fair and firm. He was on many committees, and not just older people. He was also a school governor – so he helped people from five to 95.”

Mr White said he – like many – would miss bumping into Charlie on Walworth and Albany Roads, and said he would be sorely missed across Southwark.

Charlie Cherrill was born in Walworth’s Chatham Street in December 1928; the third of four children. He never strayed far from the borough he called home.

His son Matthew told the News: “At the age of fourteen he followed his grandfather and father into “the print”.

“He wanted to be an actor and later had the chance to go to drama school but never went because his parents refused to give their consent as “acting wasn’t a proper job”.”

The young Charlie completed his National Service in the Royal Engineers: Parachute Regiment and then Bomb Disposal “for an extra shilling a week” before returning to Fleet Street where he worked in the Daily Mail’s machine room.

During this time Charlie became involved with the trade union movement, becoming Branch Secretary of the London Machine Branch of Sogat ‘82. Charlie and his wife, Josie

A member of the Labour Party, he was involved with the Inner London Education Authority, South East Regional TUC and became a JP.

Charlie married Josephine Tiley in 1954, whom he met while volunteering at the Wellington College Mission. They had three children.

By the mid-1980s, technology was changing the way newspapers were produced and as the nationals left their spiritual home.

Charlie retired but he didn’t turn his back on those printers he had represented for so many years, becoming a Trustee of the GPM Charitable Trust, an independent charity which exists to give support to workers and their families in the Printing, Graphical, Papermaking and Media industries.

He was elected to Southwark Council in 1990 and in 1993 became deputy Mayor but lost his seat in the 1994 borough elections. Re-elected in 1998 he resumed his role as deputy and became Mayor in May 1999.

The following twelve months saw Charlie become Southwark’s “Millennium Mayor” representing the borough at the official opening of the Millennium Bridge, Tate Modern and the start of the Millennium celebration at Southwark Cathedral. He was honoured with the Freedom of the City of London in March 2000.

Although he stood down as a councillor in 2002, Charlie continued working with the Mayor’s office, representing Southwark for a further sixteen years. He was a school governor throughout Southwark, and Chair of the Southwark Young Pilgrims. Charlie and his grandchildren: L-R Daniel, Sarah, May, Charlie, Luke, Rachel and Robin

Charlie carried on working well into his 91st year. He represented his fellow pensioners with the Southwark Pensioners’ Forum. Throughout his “retirement” he and wife Josie travelled the world.

“My Dad loved to spend time with his children and grandchildren and the occasional nice glass of whiskey,” said Matthew.

“Christmas with his family was very special for him although, for many years, he went missing when Father Christmas turned up!”

Charlie is survived by his wife Josie, three children Lynn, Anne and Matthew and six grandchildren, Robin, Daniel, Rachel, Sarah, Luke and May, and his elder sister Florence.

A private funeral will be followed by a memorial service, with the date and venue to be announced.

Southwark NewsNewsCharlie Cherrill: Tributes to a champion of the young and the old