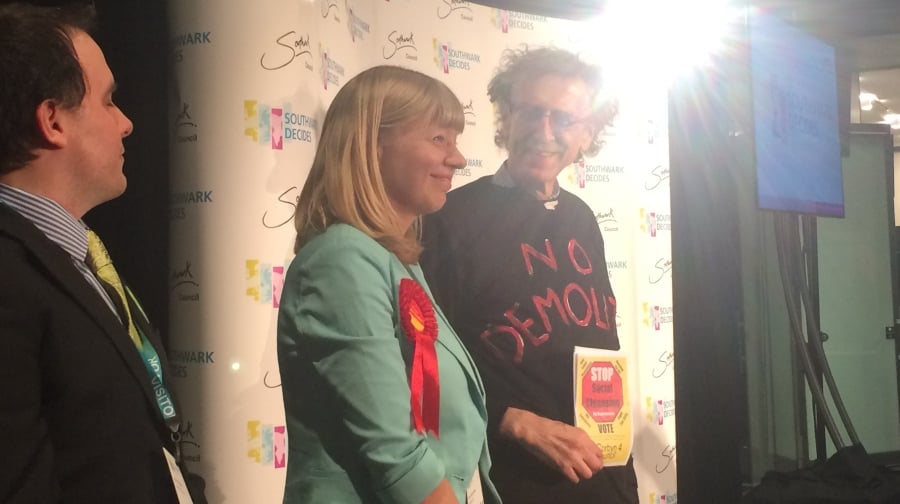 Helen Dennis at the election count at Tooley Street

Helen Dennis rounded off an excellent day for Southwark Labour on Thursday night when she won the Chaucer ward council by-election.

“I know that this is the one that everyone has been staying up for,” she joked in her victory speech early on Friday morning. “I just want to take the opportunity to thank everyone who has been campaigning, talking with people who’ve been impacted by the bedroom tax and who need new council houses built. That’s what the council is trying to do and I’m really proud to be a part of that now.”

Ms Dennis was elected with 2,951 votes, comfortably ahead of her Liberal Democrats opponent William Houngbo, who received 1,530.

The by-election was sparked by the sudden resignation of Claire Maugham, whom the News revealed was apparently forced out by members of the Labour hierarchy upset by a critical letter written by her husband to the paper.