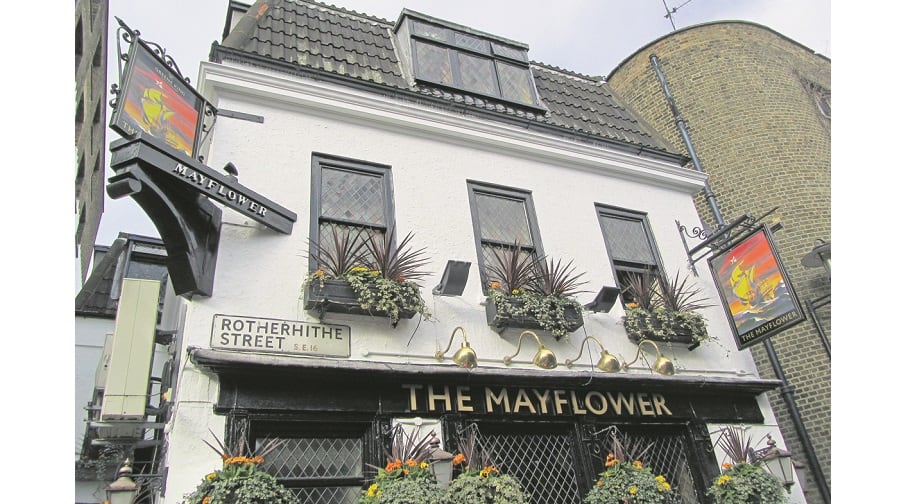 The votes have all been counted, and we can announce that the Mayflower Inn has won this year’s Southwark Heritage Association Blue Plaque.

The historic boozer in Rotherhithe Street will be the 59th recipient since the scheme began in 2003.

Out of the seven nominees, the Mayflower received 1,160 votes.

The runners up were:

Veronica Alden of Southwark Heritage Association told the News: “It’s brilliant that the community was so behind this, and so many people took the time to vote.

“There’s already a great collection of blue plaques in the area, including the Sands Film Studios, and one for Isambard Kingdom Brunel.

“It was a close call between the Mayflower and Southwark Charities, so we hope they put themselves forward again next year.”

The Mayflower Inn – formerly the Spread Eagle (1550) – is historically linked to the famous Mayflower ship that transported Pilgrims to settle in America (or the New World) in 1620. The ship completed its return journey in 1621, and captain Christopher Jones was hailed a hero. Jones was also said to have part-owned the Inn.

In the area’s industrial past, the pub also operated as a post office, and because of its American connection, it maintains a tradition of selling both American and British postage stamps over the counter.

The previous blue plaque recipient was Surrey Docks Farm. Other past recipients include Charles Dickens, Rio Ferdinand, Sam King, and Octavia Hill. The scheme was set up by Southwark Heritage Association and Southwark News, in conjunction with Southwark Council.

What, Thomas Middleton didn’t win? What a travesty! Only 66 votes? C’mon people, let’s give the man his due.