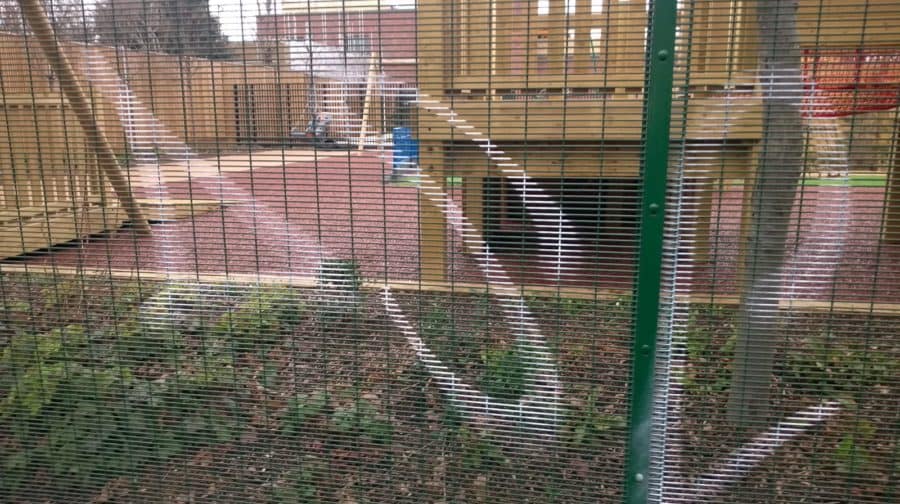 One of five tags sprayed around the new building

Cherry Garden School’s staff and pupils have been left devastated after five graffiti tags were sprayed on its brand new building two months after relocating to a new site in Peckham.

The school’s head teacher, Teresa Neary, said graffiti was never an issue when they were based in Bermondsey’s Macks Road.

“It’s possible some people don’t realise we are a special school,” she told the News, “and this may make people think twice before they do it in the future.”

She said the special needs school would be left picking up an expensive bill to remove the spray paint, with some parts of the specially-designed building costly to repair due to its gold-coloured metalwork.

“It’s such a shame our beautiful building is being damaged in this way,” she added.

“We have an amazing building and the children love it.”

Not surprised, Peckham seem to be a hotbed for graffiti vandals. All you have to do is to stroll along the shops along Peckham Road (from the Harris Academy to Peckham bus garage for example) and Rye Lane to see the full scale of the damage done to shop shutters, walls etc. The most depressing time to get a good view of how abysmal graffiti has made Peckham, is to view the areas mentioned, on a early Sunday morning.