There have been no arrests 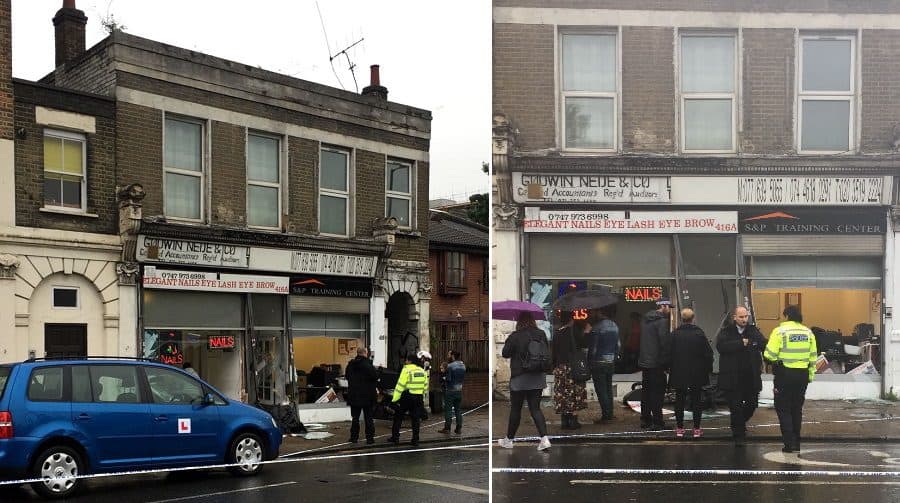 Police have confirmed that a child aged twelve has been taken to hospital with facial injuries, after a car crashed into a nail shop.

The crash took place at 5pm, at the Elegant Nails Eye Lash Eye Brown shop, at the junction between Camberwell Road and Albany Road.

There are currently long delays on Walworth Road and Camberwell Road.

The child’s injuries were described as “not life threatening” by a Met Police spokesman.

Police said no arrests have been made.

TfL and local police officers have also made the following statements via their Twitter accounts.

Traffic will be heavy #walworthroad junc Albany rd due to a traffic collision. #SE17 please avoid.

[B214] Albany Road (SE5/SE17) (Eastbound) between Camberwell Road and Portland Street – The road is shut following a collision.