Several people were treated on the scene for injuries, while a number of children were taken to hospital 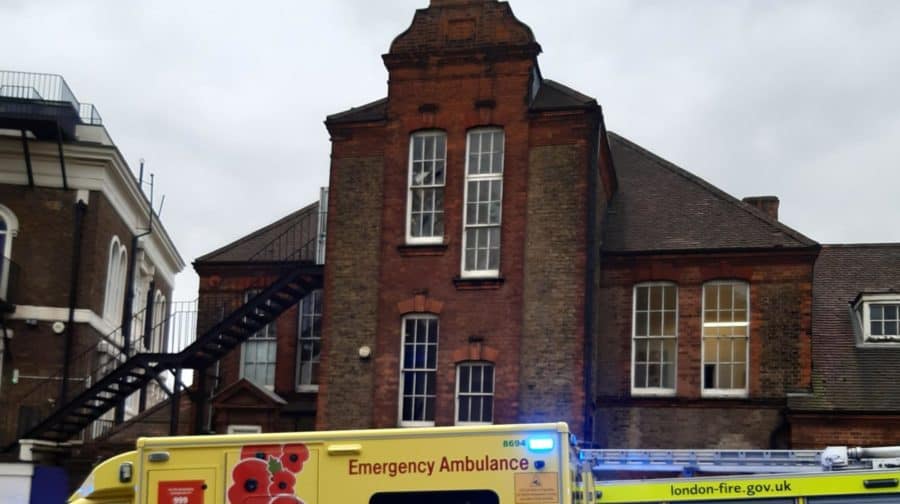 Twelve children were taken to hospital after the ceiling of a Dulwich school collapsed on Monday morning.

Three fire engines and around 20 firefighters were called to Rosemead Prepatory School on Thurlow Park Road at 9.22am. A ceiling on the second floor had collapsed.

They had the situation under control by 11.50. Eleven children and one adult have now been discharged from hospital for injuries from the collapse, with one child staying for observation. Sixteen people were treated at the scene.

After a systematic search of the building, all children and staff were accounted for.

A spokesperson for the school said: “This morning in one of our Year 3 classrooms, a ceiling collapsed resulting in the attendance of the emergency services. Some injuries were sustained and some of those involved have been taken to hospital and we are working with our students and families to support them.

We are working closely with the authorities to understand the cause of the incident and we will provide more information as soon as we can.

Parents and families can be reassured that the school day is continuing as usual today for the rest of the school.”

A specialist Urban Search and Rescue team and equipment were also used to confirm the building was at no further risk of collapse.

The cause of the collapse has not yet been confirmed.