China Hall: Fundraiser for Rotherhithe publicans left with hefty legal bills after unsuccessful fight to save their boozer and home 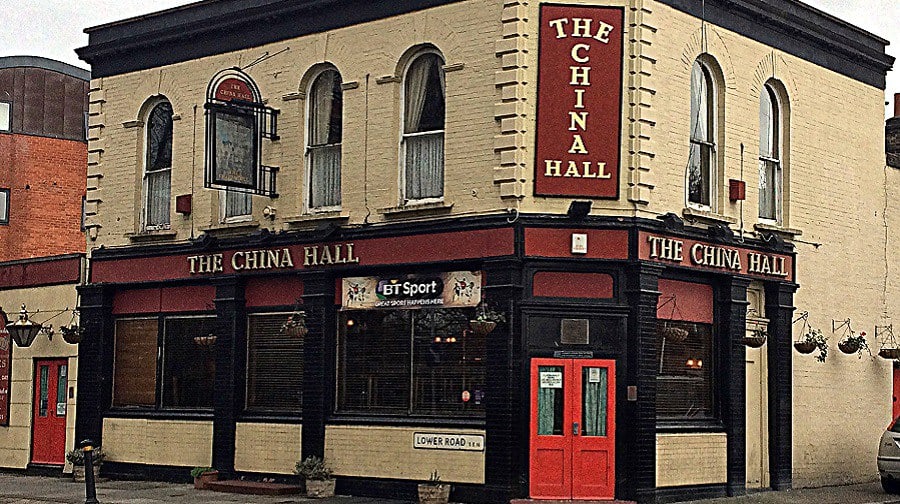 A fundraising event has been organised to pay for the legal bills of the former landlords of the China Hall Pub in Rotherhithe, after they were embroiled in a bitter battle to save their boozer and home.

Mick and Linda Norris had run the pub on Lower Road for over 35 years – but when the freehold was sold to the off-shore developer, Hamna Wakaf Ltd, faced a costly legal battle to stay.

They were hit with the prospect of being homeless on Christmas Eve after being told to leave, before managing to secure an extension and alternative accommodation in January.

But now Mick and Linda have been left with bills of £22,000 from their legal fight – which they are unable to afford.

An event has been organised with the help of former long-time MP for Bermondsey and Old Southwark, Sir Simon Hughes, who also led the campaign to save the China Hall, which he hopes will raise a five-figure contribution to paying off the bills.

It takes place at the Old Bank pub on Southwark Park Road on Friday, August 2 from 7.30pm. Friends, family and pub regulars on the China Hall’s last night after losing a battle to stay open in January which left Mick and Linda with hefty legal bills

“It was Simon Hughes’ idea, he suggested it because of our legal bills,” said Linda. “If they had played fairly, we wouldn’t have to do this. But it’s nice, I know a lot of people are behind us.”

Originally, the couple had hoped that a pay-off which they would have been entitled to upon leaving the pub would pay the costs of the legal battle.

But they were allegedly told that if they applied for it, they would also have to pay Hamna Wakaf’s court costs too – leaving them with no money left over. “Micky and Linda Norris and family served our community and many from far and wide for over 35 years,” said Sir Simon.

“The Norrises were very popular landlords of a very famous local pub. And they were driven out by a hard-nosed property developer from the Isle of Man.

“Now they have received the bill for their legal fight to keep the pub and keep their home.

“I hope the Bermondsey and wider community can now rally round, show our generosity and help out Micky and Linda and family in their hour of need.

“Please join us to say thank you – and help them out -on 2nd August at The Old Bank in the Blue in Bermondsey from 7.30pm. The family will be really grateful.”

A bid by the developer to expand the historic pub – which has ‘asset of community value’ status to include four flats – was rejected by council planning officers last month because of its “poor design” and “inappropriate materials.”

“They said they had so much money to do the pub up, but that pub has not been touched since we left,” added Linda. “It’s basically an empty shell.”

Such a shame, the tale of the China Hall. It’s no surprise Sir Simon Hughes has again given his support to the pub. A real trooper for Bermondsey Rotherhithe.

Southwark NewsNewsChina Hall: Fundraiser for Rotherhithe publicans left with hefty legal bills after unsuccessful fight to save their boozer and home