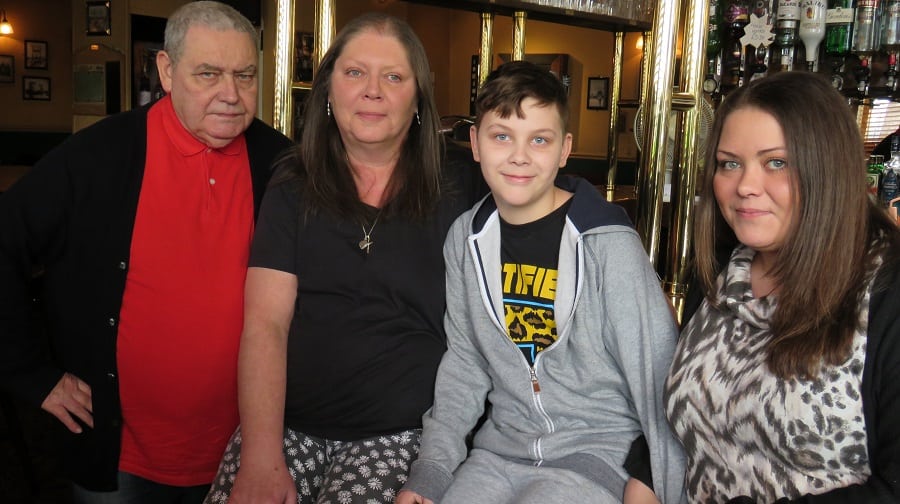 The landlords of an under-threat Rotherhithe pub are celebrating after securing asset of community value status – but say the fight is far from over.

The China Hall, in Lower Road, faces closure after the freehold of the pub building was sold to developer Hamna Wakaf by owners Punch Tavern.

Michael and Linda Norris, 68 and 56, could lose both their livelihood and their family home after being told their lease would not be renewed when it comes to an end on May 28.

The couple, who have run the China Hall for almost 34 years, found out on Thursday (Feb 9) that their application to have the pub listed as an asset of community value (ACV) was successful.

Having ACV status means that if the freehold of a building comes up for sale, the organisation that obtained the status must be offered a chance to work up a bid to buy it, and if the owner of the property wants to change its use it has to go through the formal planning process.

But, despite their newly-acquired ACV status, the landlords still fear they could be forced to move out of the area where they grew up.

“The first we heard of it [the building being sold] was when someone came into the pub and said ‘I hear you’re leaving’,” said Linda.

“Then the area manager for Punch turned up out of the blue one day and said he had been told to come here and wait for a phone call.  When he got the phone call he said that we had been sold. I think they sold about eleven pubs at the same time. We never bought out; we were always loyal but where does it get you in the end?”

“I think it’s disgusting the way Punch have treated us,” Michael added. “They didn’t even give us a chance to buy the pub.”

The couple said they recently received a letter from the building’s new owner offering them a ten-year lease for £75,000 a year – almost double what they pay now.

They plan to continue as usual while negotiating the rent, but fear they may still have to find a new home when their lease expires.

“We’ve both lived in Rotherhithe all our lives,” said Linda. “Michael’s mum still lives near here and all our friends are here.

“My parents’ family goes back generations and we lived here at a time when no-one wanted to live here.

“The cost to rent privately around here is ridiculous; if we had to privately rent we wouldn’t be able to stay in this area.”

The landlords thanked Steve Silcock and Andy Large, of the southeast London branch of the Campaign for Real Ale (CAMRA), for their help in getting the pub listed as an asset of community value.

The News contacted Punch Tavern for comment, but received no response.