Pubs along the crawl include The Trinity, The George Inn, The St Christopher's, The Angel and Crown, The Lamb and Flag, and the Silver Cross 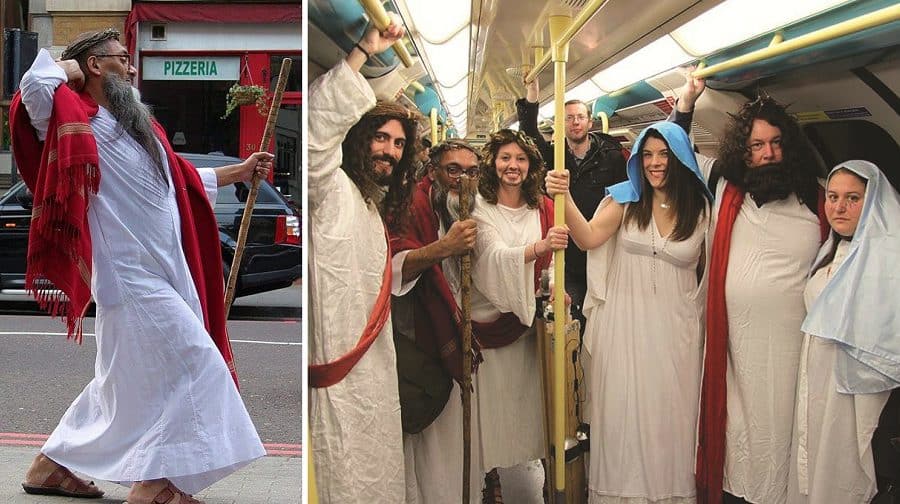 For anyone planning their Sunday service this Easter, you might fancy a detour down Borough High Street for a day of worship with a more unholy tipple.

Now in its tenth year, the Christathon X pub crawl will once again set off from The Trinity pub for a day of merry making at various biblically-named pubs across central London.

Organiser Farhan Rasheed told the News: “It’s something of a pub crawl/toga party that takes you to a load of pubs with religious names. We all dress as biblical characters and carry a massive cross with lights and inbuilt Ipod speakers.

Farhan, from Norbury, said the Christathon Crawls started off “as something of an in-joke between a group of mates” in 2007, but seemed to grow each year as word spread online. Along the way they will also been collecting money for charity, and this year they have chosen Save The Children.

“There will be people joining up throughout the day,” he said, “and we end up picking up tourists and different people who decide to tag along.”

The Trinity has become the event’s traditional meeting point at 1.30pm, before the white-clothed heard are shepherded to The George Inn, and St Christopher’s in London Bridge.

Then they hop on The Tube and progress to pubs like The Angel and Crown in Soho, The Lamb & Flag in Rose Street, and the Silver Cross in Whitehall.

Farhan added that there is no intention offend anyone with their religiously-themed day of praising the pint, and that some of the usual suspects are themselves religious.

The crawl usually lasts until 11pm, and those who wish to rendezvous with the congregation at any point in the day can ring Farhan on a mobile phone number that will be posted on the event’s Facebook page on the day.

Search for ‘Christathon X -the big Tenth One!’ on Facebook to find out more.