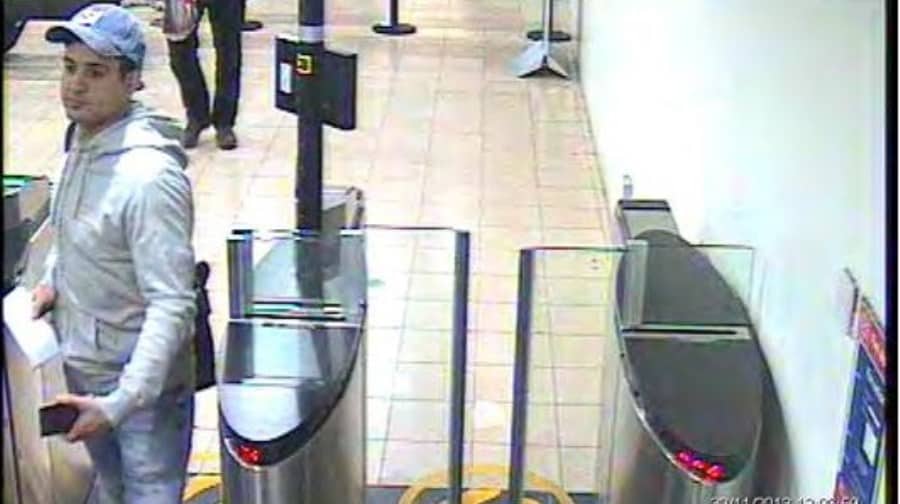 The police have released a picture of a man they are hunting in connection with the Chris Foster murder.

Aydin Salih fled to Northern Cyprus after a botched revenge attack  led to the death of an innocent man in November 2013.

He is one of two outstanding suspects thought to have been there on the night seven hooded men set out to take revenge for a previous knife attack and ended up getting the wrong man.

Chris Foster, who was wearing a similar jacket to the intended victim, was stabbed by mistake outside St Christopher’s Inn in Borough High Street and died that night, leaving behind his daughter, Christina, who was just four-years-old at the time.

A behind-the-scenes BBC documentary on the MET Police aired on Monday night, showed the murder investigation from when Detective Chief Inspector John Sandlin arrived at the murder scene to the crushing moment Chris’s daughter Christina watched the scattering of her daddy’s ashes. On the back of the prime-time programme, the police have launched a fresh appeal for information to find the two remaining suspects and Chris’s mum, Jean, has vowed not to rest until the pair have faced a jury.

Chris with his daughter Christina, who was four when he was killed in 2013

“Our loss is immense,” said Jean, “but nothing compared to the loss of the only parent Christina knew and whom she loved dearly. She will have to endure a lifetime of upset and anguish at the way her father was taken from her. More than anyone else Christina needs your help in getting justice for her daddy.”

Speaking to the News Jean said: “The net is closing” on both Salih and the second man known only as ‘suspect four’.

“Number four, come forward and do the right thing,” she urged. “Don’t wait to be traced down like the others. It’s better to do this now than look over your shoulder for the rest of your life because rest assured our family and the police will continue until all of you have been before a jury.”

Salih’s cousin, Aytach Lisani, of Sir Francis Way, Brentwood, was found guilty of murder in December last year and three other men pleaded guilty to conspiracy to cause GBH to their intended target.

Anyone with information about Aydin Salih or ‘suspect four’ is asked to contact the incident room on 020 8345 3865 or Crimestoppers anonymously on 0800 555 111.  Since her son’s “harrowing and painful” death, Jean has launcher her own self-funded anti-knife campaign to get a simple message across – “think before you act.” Please visit www.cutitout.org.uk