Christmas bike gifts for nursery pupils in Walworth and Peckham 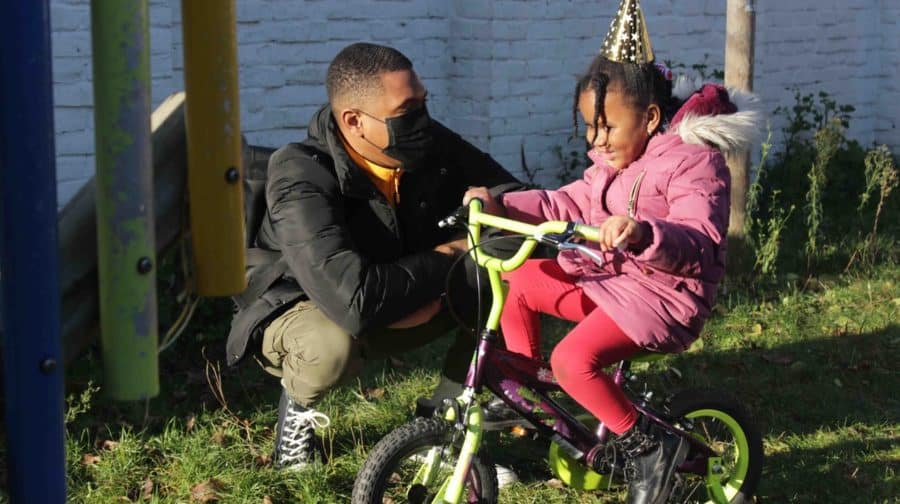 Micah with her new ride

Bikeworks has gifted bicycles to pupils from Burgess Park Pre-School and Bird in Bush Nursery and Pre-School, both run by the London Early Years Foundation.

One of those to receive the Christmas gift was three-year-old Miah Manning-Hall, who attends Burgess Park Pre-School. Miah lives with her grandparents who sometimes struggle financially.

Since many of the children at Burgess Park Pre-School have either a bike or a scooter, it is hoped that this new bike will help build her confidence.

Alethea Fynn, Manager at Burgess Park Pre-School says: “Many of the children who attend our nursery live in tower blocks and do not always get adequate outdoor exercise when they are at home.

“The partnership with Bikeworks will not only enable them to stay safe, fit and healthy whilst at nursery.”