Lungs runs at the Old Vic until November 9 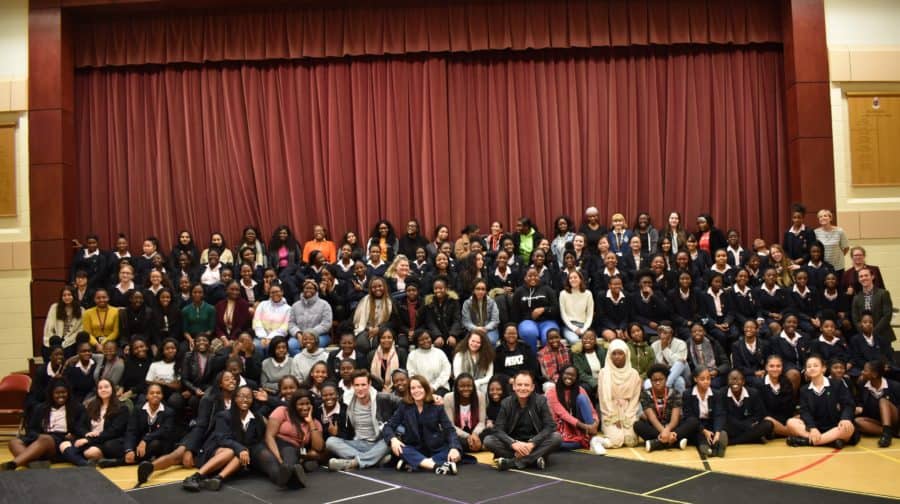 On Wednesday, October 9, the actors who played Queen Elizabeth II and Prince Phillip in Netflix’ The Crown met pupils and performed their production, Lungs, in front of 140 students in the school hall.

The play, written by Duncan Macmillan and directed by Matthew Warchus, examines a couple’s relationship through some of the biggest global issues from political unrest to climate change. It runs at the Old Vic until November 9.

Josie Murphy, the school’s director of creative arts at the school said: “It was a real privilege for our students to experience world class acting in our school hall.

“They have learnt so much which they can now apply as they prepare for their own performance exams.”

Evie Cakebread, a Year 13 student at the school, said: “The performance was incredibly powerful, largely down to the topical issues it presented and the way in which the actors led us to empathise with the female character. It was a wonderful experience.”