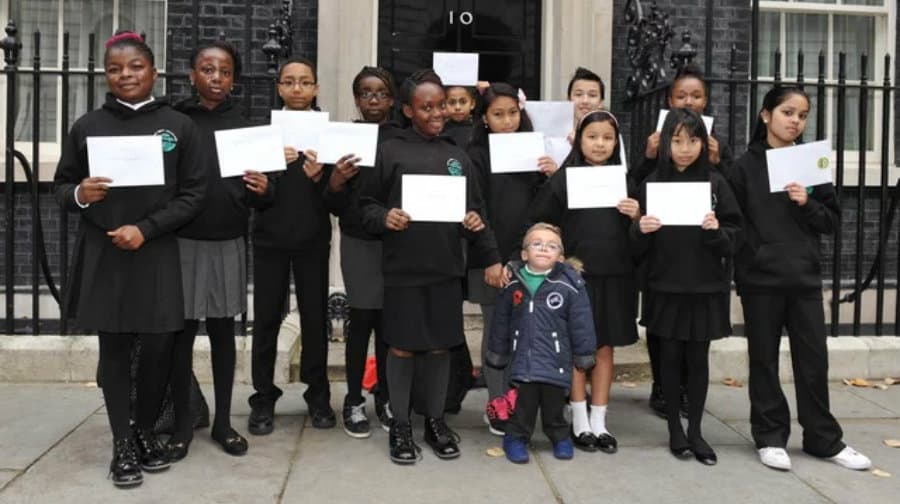 Schoolmates of a six-year-old with an ultra-rare disease took letters to the Prime Minister this week to demand he get the treatment he needs.

Pupils in year six each wrote a letter to David Cameron explaining why their friend Harvey Brown should be given the expensive drug Vimizim on the NHS to treat the terminal condition he suffers from called Morquio.

The students interviewed Harvey’s mum, Vikki Brown, 46, who helps out at the school, to find out more about the rare disease before they wrote their letters and hand delivered them.

In her letter, Harvey’s friend Amnah described how Morquio affects the Millwall fan’s life: “Most of his joints are very small which means Harvey cannot play with other children as they might knock him over and break his neck. This also means he cannot participate in most class activities, which can be very frustrating for him….This disease is destroying Harvey’s family and his future. So put yourself in Vikki’s shoes, a parent, when you make your decision….The parents would be very happy if you would fund this drug so that many people don’t have to live miserably.”

Vikki, of Galleywall Road, said her and husband Dean called the party of pocket-size protestors ‘our little heroes’. “They were abosolutely brilliant, bless them,” said Vikki.

More than 11,000 people have backed Harvey’s campaign to get the medication he needs offered on the NHS. A decision is due in December so Vikki and Dean are hoping their son can have the best Christmas present he could hope for this year.

If you haven’t signed Harvey’s petition yet, please visit https://petition.parliament.uk