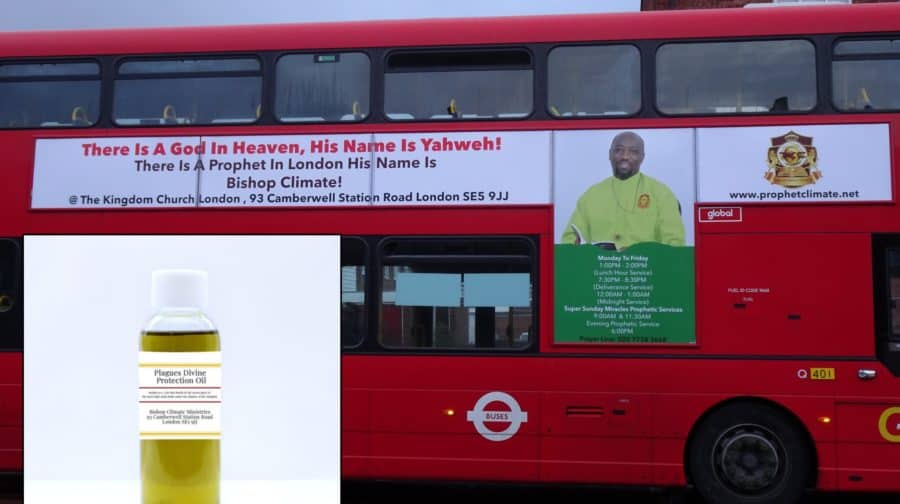 A controversial Camberwell pastor who sold coronavirus ‘cures’ made of just oil and string is being allowed to advertise on London buses.

Climate Wiseman, the self-styled prophet of Camberwell’s Kingdom Church, was revealed by the News in April to be selling coronavirus ‘protection’ kits for £91.

The revelation sparked an official probe into the Church’s finances by the Charity Commission, and an investigation into the so-called protection kits by Trading Standards. Both are ongoing.

But despite the controversy, TfL is allowing Mr Climate to advertise himself as a prophet on its buses.

The advert, which is running until February 22, claims: “There is a God, his name is Yahweh! There is a prophet in London his name is Bishop Climate!”

Services at the Kingdom Church – which previously faced a legal battle over its noisy 3am sermons – are also emblazoned across the bus. 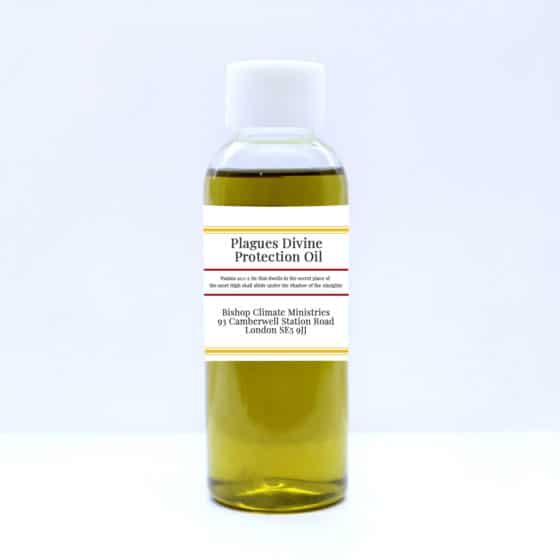 A TfL spokesperson did not answer whether any checks into the Kingdom Church or Mr Wiseman had been carried out before the advert was allowed to run on its buses.

A spokesperson responded: “The advert was reviewed by TfL and is compliant with its advertising policy.”

She added that no complaints had been received by TfL about the ad, despite the controversy surrounding Mr Climate and his church, but that a complaint had been submitted to the Advertising Standards Agency.

A Trading Standards probe which began in April into the ‘plague protection kits’ revealed by the News is still ongoing. 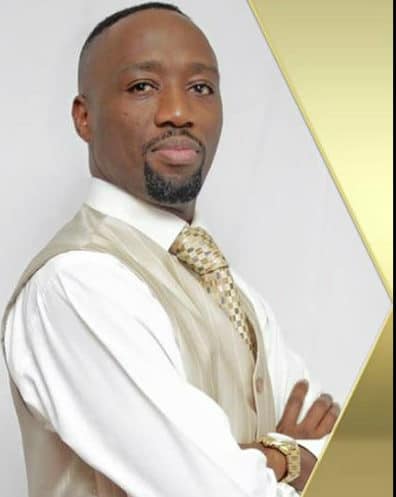 A spokesperson for the Charity Commission added: “Our inquiry into The Kingdom Church GB is ongoing and we are unable to comment further at this time so as not to prejudice the outcome of the inquiry.

“We intend to publish a report setting out our findings on conclusion of the inquiry.”

Mr Wiseman has previously told this paper that he would continue to sell “healing oils” but would no longer call them plague protection oils.

And they wonder why Bame communities are getting COVID more