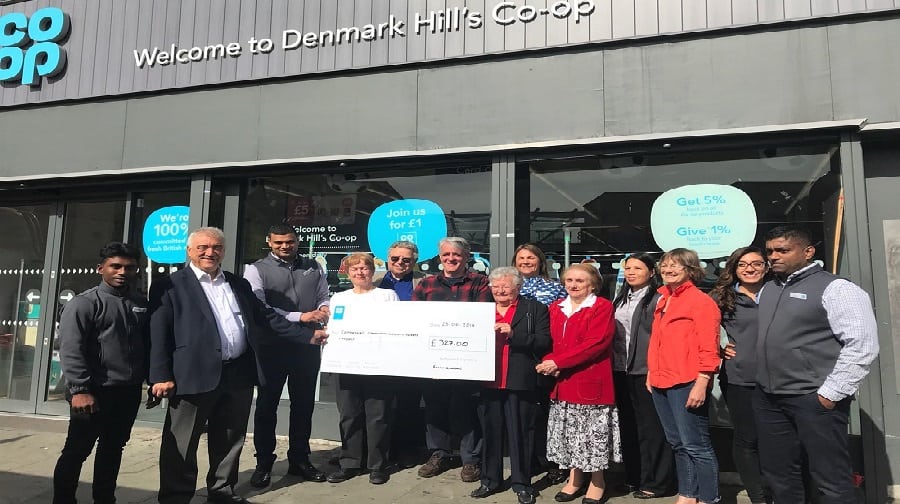 Mark Webb, the Chair of the Camberwell Green Safer Neighbourhood Ward Panel, has taken part in magnet fishing and beach combing, inspired by his amateur diver father who searched for treasure on shipwrecks.

Since 2015, residents have accompanied police on weapons sweeps in estates, streets and open spaces in Southwark to find hidden caches of knives and other weapons.

According to the Met, Southwark’s weapons sweeps team took 35 knives off the streets in June 2018 alone through the community searches – more than a knife day.

Mr Webb said this year he has personally recovered seventeen ‘edged’ weapons in Camberwell, alongside other types of ‘impact’ weapons like metal bars, and dozens of hypodermic needles.

This year he was nominated for the Met Citizen of the Year Award in recognition of all his hard work, and in May, he received the Freedom of the Old Metropolitan Borough of Camberwell, at Southwark Cathedral.

He told the News that he became a passionate anti-knife campaigner in his mid-teens when a close school friend was left paralysed for life from the waist down after being knifed at school while trying to calm down a dispute.

In the mid-80s, Mr Webb’s father was also stabbed in the stomach after becoming caught up in a fight between two teenagers, with the blade missing his liver ‘by millimetres’.

These weapons are increasingly well-concealed behind wooden panels, bricks and even inside lifts, but when he suggested that the high-tech equipment could help, the funds were not available.

Fortunately, the Denmark Hill Co-op stepped in with a generous donation of £328.48 towards the project.

The new equipment – including metal detectors, telescopic inspection mirrors, and powerful torches for illuminating drains, gutters and lift shafts, arrived this week and will now be put into action by PC Charlotte Browning and PCSO Danny Cloud.

PC Charlotte Browning, from Camberwell Police, told the News the donation “shows great support and partnership between the Co-op, the police and the community”.

She explained: “Weapons sweeps are an important part of combating violence on the streets of London because they allow us to get weapons off the streets: weapons that can cause real harm.

“Knife carriers know they could be searched by police, so they hide their weapons nearby in areas where they will be useful.

“As such, weapons sweeps are great for reducing violence in our communities.

“This equipment is really useful because it allows the community to get involved in searching for weapons with us and also because it helps us to find weapons concealed in difficult-to-access places.

“It is really encouraging to know the community are behind us – thanks to the hard work by Mark Webb and the support of the Co-operative we’re going to be making Camberwell safer.”

We get all the glamorous jobs ???

While some people become bankers, doctors & lawyers, we know they're missing a world of fun searching drains, bin rooms & lifts for weapons ???