"We’re still some distance apart, but we are moving forward in the right direction" 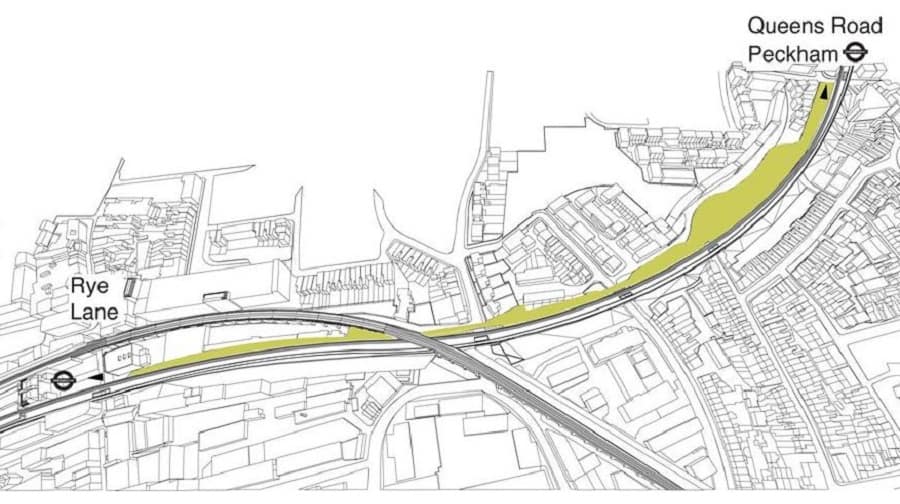 The proposed route of the Peckham Coal Line

A conflict between the Peckham Coal Line project and a property developer could be settled, thanks to “constructive” talks between the two sides.

It was reported in July that the Coal Line – which aims to build a 1km walking route with gardens beside the train tracks between Peckham Rye and Queen’s Road stations – could be under threat from a rival planning application to build nine houses.

Its project leader, Nick Woodford, mounted a campaign to halt the planning application by Bluecroft Properties, fearing the new mini estate between Gordon Road and Consort Road would interfere with the Coal Line and “scupper the whole project”.

But Nick has told the News that three meetings have since taken place between his team and Bluecroft to find a compromise.

Nick said: “Had this [Bluecroft’s original plans] gone ahead, it could have de-railed the whole thing because of the viability problems, and because that particularly bit of the Coal Line was already going to be tricky and expensive to do.”

His main complaint about Bluecroft’s original proposals for the new homes were that the passage would be turned into a private road, blocking his team’s ambitions for the space to become a “welcoming” “car free” route for cyclists and pedestrians.

“We also hoped they would be more ambitious, and make use of the existing building, which was the really popular Old Spike. We hoped what they build could be something mixed-use and with more affordable homes,” he said.

“[Bluecroft] have spoken to Southwark Council, and most recently they’ve come back with some different options. It’s given us an idea of what and would not be possible.”

“We’re still some distance apart, but we are moving forward in the right direction, especially with concerns about the road and accessibility for the public.

“What we hope for is to get to a point where we can say ‘we back this option’, but we’re not there yet.”

He added that Southwark Council has delayed making a planning decision on Bluecroft’s original proposals, and that further public consultations are due to take place at the end of the year.

Tom Mulligan, director at Bluecroft Property said: “Following the concerns that were raised locally about some elements of our planning application, we have met with the Peckham Coal Line team a number of times to better understand their aspirations for the local area. We are currently looking at a number of different options for the site and look forward to presenting our updated plans to the local community.”