'Just because it’s coming down doesn’t mean everything shouldn’t be done properly. We are still here' 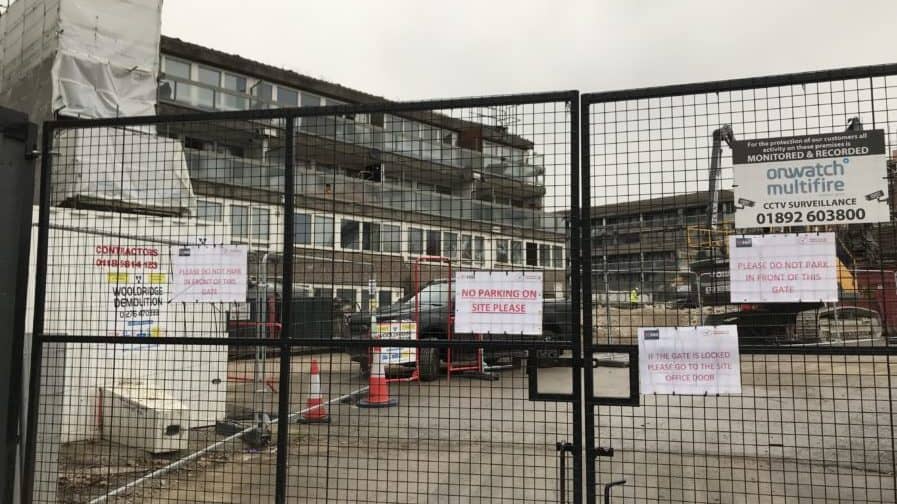 Despite half a million pounds spent on preventative work before the winter, the old boilers are so past their use-by-date that the News has been told engineers have finally admitted defeat.

A series of six temporary boilers are now piping hot water directly into the estate but service remains patchy.

The big question facing the council is whether it should completely overhaul the system amid mounting pressure from distressed residents,  but with regeneration of the estate not to be completed for over a decade.

The problem is exacerbated by the number stuck using pay-as-you-go energy cards and keys, rather than having a direct debit.

The council is giving fan heaters to residents to stay warm, but these are effectively useless for anyone without cash in hand to top up.

Even if residents do get a rebate or compensation it is paid into their housing account and can’t be put towards a future top-up.

The News understands the Aylesbury’s ward councillors have flagged their concerns with Tooley Street, worried vulnerable people are being pushed into debt or left unable to use the plug-in heaters.

Jackie Summerford lives in Calverton. Her hot water has been off and on in the last two months, but she’s had no heating in that time; including Christmas Day.

She thinks the council should just find the cash to pay for a new system, even if the estate is being pulled down.

“How can you fix the boiler when it’s f*****? You are still paying your rent and they are still getting money from us.

“Just because it’s coming down doesn’t mean everything shouldn’t be done properly. We are still here.”

Jackie got her £149 winter fuel allowance in December. It’s now all gone on her top-up key. As previously reported, the only rebate she received for problems last year was the paltry sum of £2.

Her friend Beverley Bleach lives in Gayhurst and is a carer for her mother, who has dementia.

She says residents often burn through £10 a day when the temperature drops.  Her last resort is sitting in her car with the heater blasting out.

“I had Christmas dinner in my pyjamas and dressing gown and socks and a blanket, all wrapped up, because I didn’t want to sit in my coat.

“My preference was always for the estate to be refurbished with the right to return. But they’ve missed that opportunity now.

“I know people need homes and there’s a shortage, but the heating system can’t cope, so I think when someone leaves their home should just be boarded up.”

Kieron Williams, the housing and modernisation cabinet member at Southwark Council, commented: “As long as we have residents in the current Aylesbury blocks we‘ll continue to invest in them to make sure they are in decent condition and that the heating and hot water stay on.

“Our engineers worked round the clock to solve the latest problems across the estate, installing temporary boilers in every plant room with the first in place within hours.

“They are also working to restore full heat to two homes that have been having particular issues for a longer period.

“The poor design of the estate can make it hard to find and access the cause of some individual problems, however we are now accessing the roof and garages and hope to have full heat restored to these two homes quickly.”

He said recent breakdowns have been caused by leaks in pipework contaminating the water in the boilers.

“It is just one of the many reasons why the decision was taken to rebuild the estate so people have top quality new homes with modern, reliable and energy efficient heating systems.

“Again I offer our sincere apologies to residents affected by the heating and hot water issues and thank them for their patience while we work to find a solution.”

I would like to ask Kieron Williams, the housing and modernisation cabinet member at Southwark Council about his comment:
“As long as we have residents in the current Aylesbury blocks we‘ll continue to invest in them to make sure they are in decent condition and that the heating and hot water stay on”.
I have elderly parents who have lived on this estate for 25 years or more and a sister who has lived on there even longer and I can assure you this is not a recent problem…more like a regular occurrence over several years, therefore would like to ask in this day and age does he consider living for days without any heating or hot water in properties without any double glazing acceptable and a decent way to live? Please tell me where any investment has been made in the last 10 years because I am unable to see any!
Jo Howard