Collision between motorcycle and bus in Camberwell Church Street

The motorcyclist's injuries are not thought to be life-threatening 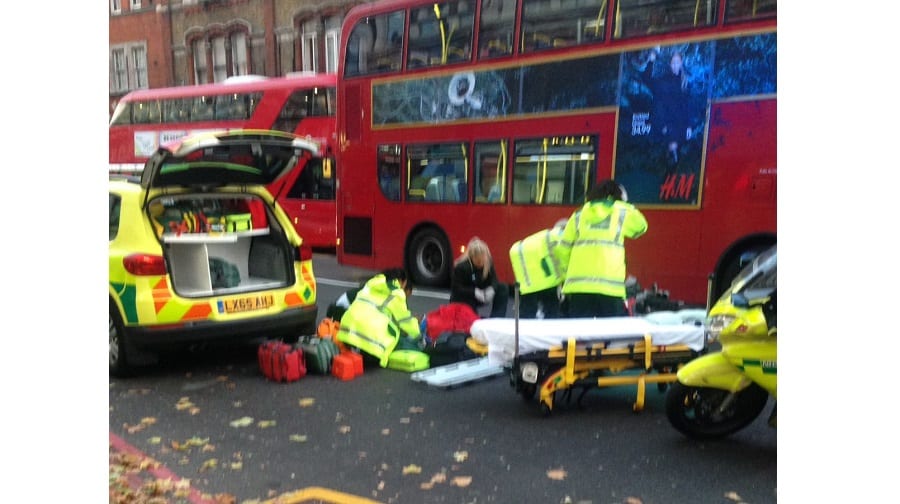 A male motorcyclist has been injured after coming into collision with a bus in Camberwell Church Street, at about 4:15pm today.

Police told News they were called to the scene, at the bus stop by the junction with Denmark Hill in front of Camberwell Green.

The Met said the rider has been left with injures not thought to be life-threatening.

The road has now reopened (at 4:55pm), after traffic in both lanes was blocked.

Adam Mizou, owner of Station Barbers in Peckham, said: “The bike was very badly damaged, and so was the bus on one side. There are a lot of people crowded around because the buses can’t pick anyone up.

“The man is injured. But he is breathing and opening his eyes and being helped by the ambulance men. he looks in his 30s.”

Southwark NewsNewsCollision between motorcycle and bus in Camberwell Church Street