‘Colossal’ plans for Bermondsey’s Vinegar Yard set to be approved 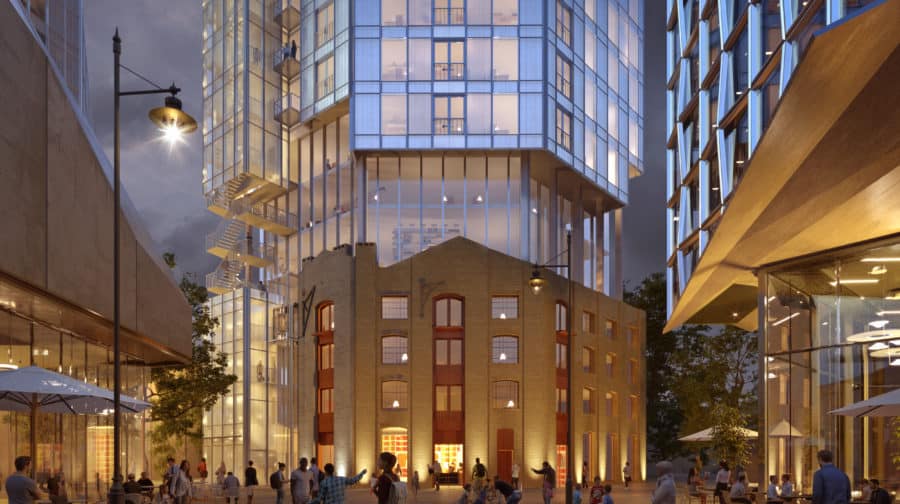 Plans include a tower for the Vinegar Yard warehouse (pictured)

Two schemes for Bermondsey’s Vinegar Yard and nearby land are set to be approved on Monday, despite critics claiming they will “alter the area beyond recognition.”

A planning meeting on Monday will consider the two proposals, one for Vinegar Yard itself, and another for land nearby.

The first of these would see the demolition of existing buildings at 40-44 Bermondsey Street, including the partial demolition of the Vinegar Yard warehouse to make a seventeen-storey tower.

The second proposes a mixed-use development on nearby St Thomas’ Street between Fenning Street and Snowsfields.

This part of Vinegar Yard would see a twenty-storey tower constructed, alongside a three-storey building, and “new offices, retail opportunities and a new music venue/cultural space alongside a substantial new public realm.”

The proposals have been criticised by the Victorian Society, which campaigns on preserving historical heritage.

The Vinegar Yard warehouse is currently lying empty and is in a “poor state of repair.”

“Historic Bermondsey is at risk of being dwarfed by the colossal Vinegar Yard development, which is set for approval on 29 June,” said the society.

“Gutting a Victorian warehouse in the process, the domineering glass buildings will alter the area beyond recognition.”

But documents lodged with the council’s planning committee argue that it should be approved.

“The proposal involves the provision of high quality office floorspace alongside a range of acceptable town centre retail uses,” states a recommendation before the council for the first scheme.

Meanwhile, officers say of the second scheme: “The currently underdeveloped site would be capable of providing a substantial uplift in office and employment floorspace and could provide up to 1,508 new jobs through maximising the development potential of the site.”

Councillors are due to decide on the plans on Monday, June 29.