Community group fight to save historic Thomas A Becket pub

The storied boozer will be auctioned next week at a guide price of £2m. 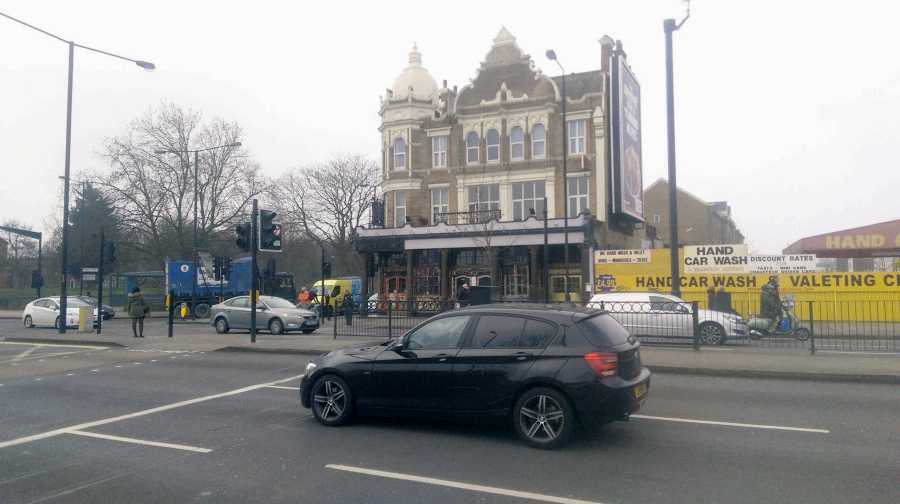 The Thomas A Becket

A community group is fighting to protect the historic Thomas A Becket pub, which is set to be sold at auction next Monday with a sobering guide price of £2m.

The storied boozer dates back to 1898 but there has been a pub at the site for centuries, with one referenced in Geoffrey Chaucer’s Canterbury Tales way back in 1392.

In 1888, a suspect in the Jack the Ripper murder case was arrested after leaving a bag in the pub containing knives and ‘curious looking scissors’.

More recently, the pub played host to some of Britain’s biggest sporting and musical names.

Boxing legend Sir Henry Cooper trained upstairs for fourteen years from 1956, while Muhammed Ali and Joe Frazier were among the other stars of the sport to drop by for sparring practice while in the country.

A Southwark Blue Plaque was unveiled on the pub by Sir Henry in 2011, after winning the vote in the scheme run by Southwark News and the council.

David Bowie was also a frequent visitor, using the second floor as a rehearsal area during the early 1970s, during which time he wrote his iconic The Rise and Fall of Ziggy Stardust and the Spiders From Mars album.

The pub is up for auction with Savills this Monday, where it is being advertised as “a local landmark” with a guide price of £1,900,000.

However, the Walworth Society is desperate to protect the venue and have submitted an application to Southwark Council to get it listed as an asset of community value. Jeremy Leach said: “It is so much more than a pub. It has an amazing history stretching back hundreds and hundreds of years to Chaucer, and the boxing tradition during the 1960s and 1970s.

“However even more recently it re-emerged as a place where people could go for community meetings, for coffee, for jazz nights. It became a recreational area for everybody to use, and we want to protect this.”

As reported by the News in March, the Old Kent Road boozer lost its licence following a “serious assault” in which one punter slashed another in the neck with a broken beer bottle.

Jeremy worried that the potential sale of the pub reflected the negative side to regeneration. He said: “What will the Old Kent Road offer if it just becomes a regenerated area? There will be no pubs between the Lord Nelson and the Bricklayers Arms. You want to create a town centre, but where are the amenities?”

The auction will take place at 9am this Monday at the Millennium Hotel in Grosvenor Square.