‘As a community, we need to get Brooke to America’ 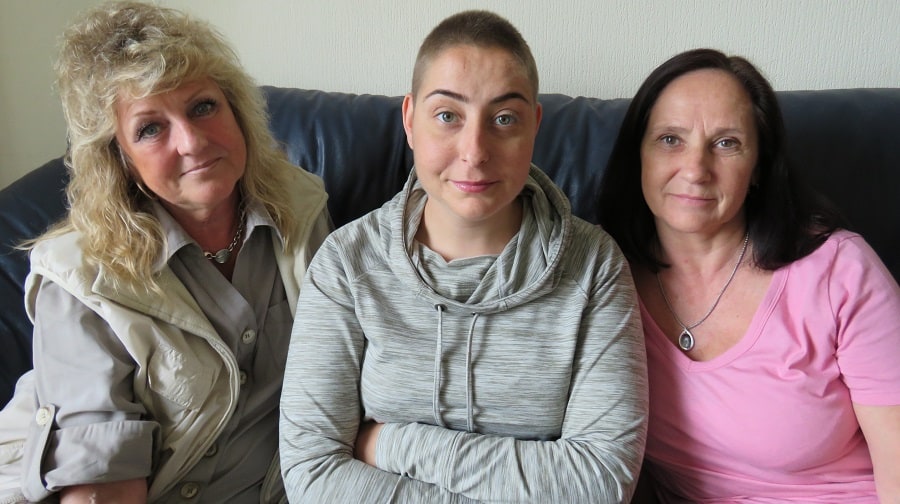 The family of a young Rotherhithe woman with cancer who had dreams of becoming a lawyer are appealing to raise enough money to send her to America for specialist treatment.

Brooke Gregory, now 25, was an ambitious law student who had previously represented Great Britain in karate when she was diagnosed with rare cancer synovial sarcoma in July 2015.

The former St Saviour’s and St Olave’s School student first began showing signs of the illness at the age of about sixteen when she felt tired all of the time.

And when she had a fall at the age of 22, she ended up with a bad pain in her leg which kept getting worse and turned out to be a tumour.

Mum Carole, 59, who lives in Rotherhithe with Brooke and her sister Lucie, 28, said the tumour soon “grew to the size of a golf ball and then spread to her lungs”.

Brooke is now on a new round of chemotherapy which her mum says is the last she can have in this country so her family are fundraising to fly her to Texas for specialist treatment.

“It seems they’ve tried everything for us and basically this [the chemotherapy] is just buying her time and it’s not a cure or anything like that,” said Carole.

“The last two chemotherapies haven’t worked at all and the tumours are still growing so it’s a case of seeing whether it works or not.

“It’s really difficult because the hospital is saying because of where the larger tumours are on her lungs they can’t operate on them and this chemo is shrinking them – but then they may not be able to operate so we really need a second opinion.

“We are just trying to get her over there [to America] to get her the therapy to shrink it to see if they can operate.”

Carole said Brooke was unable to sit up in bed without being sick and that she had “no life at all”.

“She is just really depressed and she said it herself – this has changed her so much as a person,” she said.

“She was never like this and just accepted it and faced it head on but now she says she can’t take it anymore.”

“She had hopes and dreams of doing so many things.

“She was at Kingston University studying law. She completed her second year although she was in so much pain and she was told she could’ve come out of it with a first.

“She tried to go back twice in her third year but just couldn’t do it.”

Carole said Brooke’s family needed to raise about £120,000 to take her to America for the specialist treatment which is not available on the NHS.

Camberwell man Gary Valentine-Fuller, founder of the MumMum Foundation which has been supporting Brooke, added: “Brooke is a well-known and lovely woman and I think there is something we need to do as a community to get her to America.”

A yoga day will be held at Bexley Sports & Social Club on Saturday, March 3, to help raise money for Brooke’s fundraising campaign.

The event will take place from 12-3pm at the club in Calvert Drive, Dartford, DA2 7GA.

Tickets cost £20 and can be booked by emailing charityeventbrookerose2018@gmail.com

Southwark NewsNews‘As a community, we need to get Brooke to America’