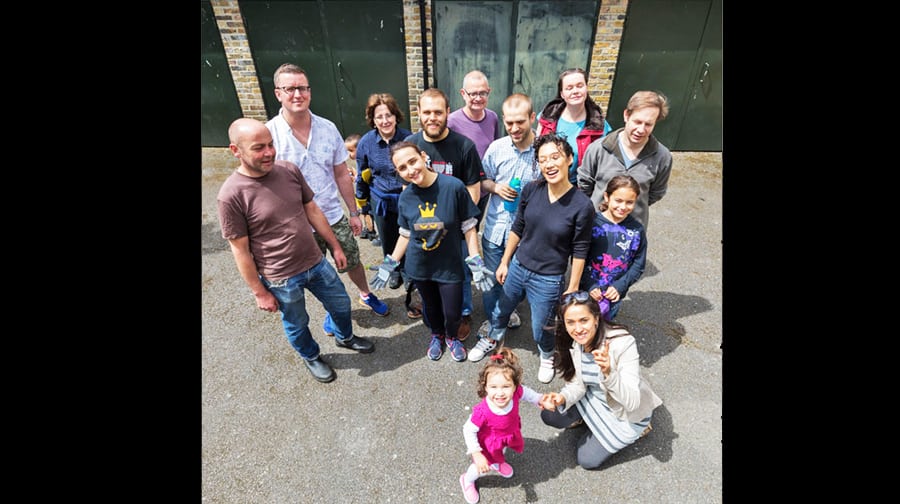 A community project to bring new life to two disused yards next to the Elephant and Castle shopping centre has nearly reached its crowdfunding target, writes Emma Snaith…

Elephant and Castle locals Karen Chung and Gareth Morris set up the Castle Palace Project earlier this year with the aim of raising £42,100 by September 25 to create a new neighbourhood hub.

The campaign is nearly 80 per cent of the way towards reaching its target to adapt Castle Place Yard and the Fives Court into a green community space.

Project organisers Karen and Gareth aim to bring the disused yards back into community use within three years.

They hope to draw on their experience reclaiming a derelict street in Elephant and Castle to create Lamlash Gardens in 2013. One hundred backers have pledged their support to the Castle Place campaign so far including local individuals, small businesses and developers with a stake in the area.

Mayor of London, Sadiq Khan, has also pledged £15,000 to support the project. Karen said: “Green community space is vital for everyone’s health and wellbeing, and Elephant and Castle is so urban, and changing so fast, it’s more vital now than ever.

“We want to provide a really inspirational community building, a programme of events, that will evolve naturally, just like the garden… We would expect the entire project is set up, staffed, used and run by local people eventually.

“We’ll be pleased when we’ve hit the crowdfunding target. It’s been a rollercoaster but we seem to be on track. We’re providing a small-scale, community response to all the major changes around us, and I think all our supporters can see the value of that.”

With under two weeks left to reach their crowdfunding project, residents as well as businesses are being urged to donate to the campaign.

Residents are also being invited to the Big Sustainability Festival at Mercato Metropolitano on Saturday September 16 where the project will screen a premiere of their campaign film.

There will also be a fundraiser with the Mayor of Southwark on Tuesday September 19 at the Albert Arms, SE1. To donate to the Castle Place Project visit: www.spacehive.com/castle-place