At least 28 families needed to evacuate as a result of the blaze, which took 3 hours to put out 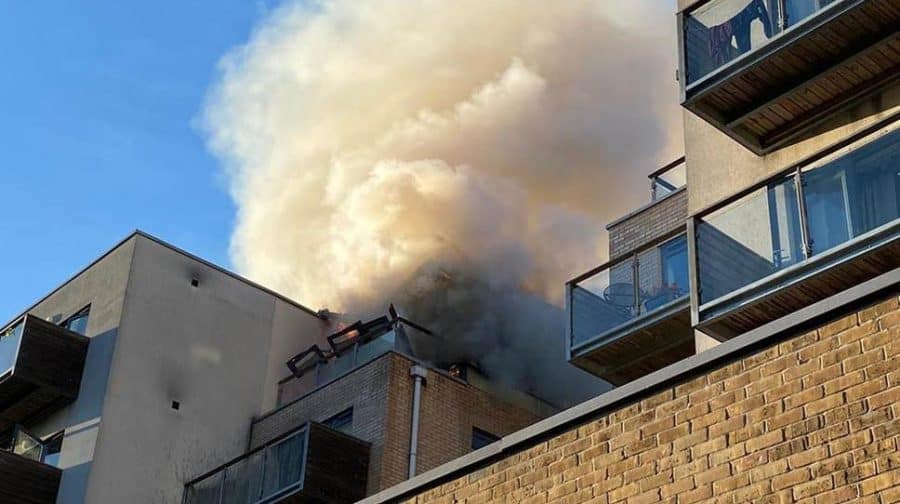 An appeal to help clothe and feed families evacuated from a serious block blaze in Deptford last week has had an overwhelming response.

At least 28 families have been affected by the blaze on Childers Street last Thursday evening, which took firefighters almost three hours to get under control.

It caused 100 people to be evacuated from their homes, but luckily there were no reported injuries. Several were left with just their clothes and slippers to take with them.

According to community organiser, Sharleen Baxter, who has set up an appeal to help those affected by the serious blaze, most of the evacuated residents have been placed in temporary hostels or rooms while they await permanent rehousing.

An appeal to donate clothes, toiletries, nappies and other essentials to be distributed saw a flood of donations.

“Thank you so much for amazing amount of donations of clothes, food, toiletries,” said Ms Baxter on Tuesday evening.

“At the moment we cannot take any more, the hall is filled!”

However, a fundraising page remains live to help those in need, as those awaiting rehousing will need to replace furinute and appliances that were lost in the blaze.

At the time of writing it has raised nearly £5,000. “This has been devastating for the 28 families affected and everyone who lives nearby but the amazing local community, charities and businesses have been extraordinary!” said Ms Baxter.

The cause of the fire is still under investigation by the Brigade, which said it was an especially difficult blaze to tackle as it was in a roof hatch.

To donate to the fundraiser, you can find the link here.