'We’re determined to learn from what happened at Peckham Rye' 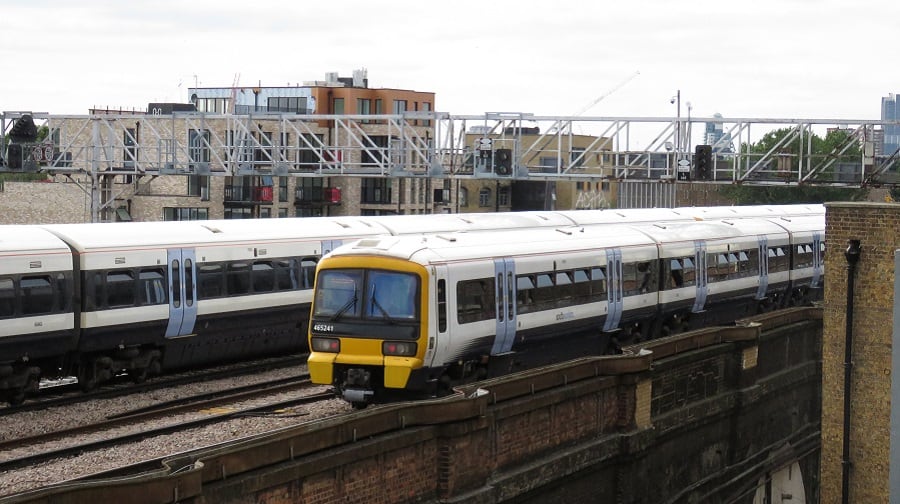 An inquiry into an incident when passengers were mistakenly told to walk alongside live tracks, after a train broke down outside Peckham Rye station, has blamed stress and miscommunication between overworked staff.

The report, published by the Rail Investigation Branch, outlined that at 6.46pm on Tuesday, November 7, 2017, a London Overground train from Dalston Junction to Battersea Park, operated by Arriva Rail London, came to a standstill before arriving at Peckham Rye due to a fault with the breaks.

The driver, the only staff member on the train, radioed for assistance and was mistakenly advised to start evacuating the 450 passengers – involving walking along the side of the line for 30 metres to Peckham Rye in the dark.

However, after about 80 people had left the train, the Peckham Rye station manager, a Govia Thameslink employee, realised that the passengers were being evacuated beside live tracks – with a 750 voltage direct current.

The evacuation was immediately halted and with support the driver was eventually able to release the breaks and arrive at Peckham Rye at 7.44pm, where the remaining passengers could disembark.

According to the report: “Although no-one was hurt in the incident, the close proximity of the energised conductor rail to the evacuating passengers posed a significant risk of serious harm.”

The inquiry notes that the track supply should have been turned off before anyone was allowed to disembark, finding that miscommunication between staff meant the train service controller mistakenly thought the train was fully or at least partly docked at Peckham Rye when it broke down with staff not realising the danger passengers were in.

The report cites the failure of the team to quickly identify and fix the technical issue, confusion and miscommunication between controllers and the driver, and stress and ‘task overload’ on the driver’s part who could not cope with the situation and passenger unrest.

“The driver’s limited experience of out-of-course events, and lack of practical training on what to do in such situations, combined with the number of tasks and demands on him during the incident, affected his ability to cope with the situation,” the report says.

It goes on to say that Network Rail ‘did not effectively implement its own procedures for managing an incident involving a standard train’, and that its signalling staff ‘were not adequately prepared to manage the incident’.

In light of the report’s findings, transport workers’ union, RMT,  has renewed its call for a guard on every train, saying had there been another member of staff on board that night, the incident may never have happened.

RMT General Secretary Mick Cash said:  “It was pure luck that there wasn’t a major tragedy at Peckham Rye last November and anyone who leaves safety to chance on our railways should have no place in the industry.

“It goes without saying that had there been a safety-critical trained guard on-board this train, not only would they have been able to calm the frustrated and angry passengers but they would also have been able to assist with a safe and orderly evacuation, having first ensured that the current to the live rail had been switched off.

“Once again we urge the Tory government and their private rail contractors to pull back from their reckless and ideologically driven pursuit to hack back staffing levels and the safety culture on our railways and to support RMT’s call for a guard guarantee on our trains.”

A Network Rail spokesperson said: “We’re determined to learn from what happened at Peckham Rye and therefore welcome today’s report.

“We would like to reassure passengers that we’re already taking significant action to improve the way we respond to incidents of this kind.

“This includes new training for staff based on an ongoing independent review of our emergency procedures.

“This will see staff complete scenario simulations of major incidents to ensure they are well-rehearsed in an emergency situation.

“Safety is at the heart of everything we do, so we’re now working even closer with London Overground to ensure that together we keep customers and staff safe.”