*This story was edited at 12.30pm on April 27, after new information was received 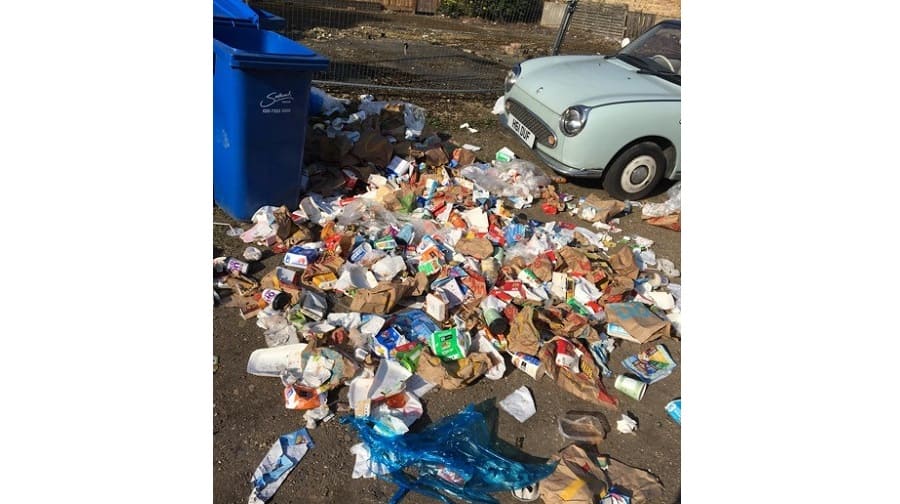 A Camberwell man has said the McDonald’s Monopoly promotion has led to huge piles of rubbish being left outside his house, by people digging through McDonald’s’ bins to find tokens.

Father of four, Andy Blacknell told the News that on several occasions he has found fast food rubbish strewn outside his home in Grove Lane, after bins from the Camberwell McDonald’s had been stolen and dragged to his street.

Having previously suspected it may have been rough sleeps who were behind it, Andy has now been informed by McDonald’s that CCTV footage has shown that “kids on scooters” were to blame.

The culprits were bringing the bins to a quiet place, so they can rummage through hundreds of drinks and burger rappers looking for the Monopoly tokens, which can be collected from McDonald’s packaging to win prizes.

“We’ve had maybe a dozen episodes between this year and last year. Someone has been willing to carry the rubbish bins off in the middle of the night and sift through it for the tokens.

“I think it’s more likely that people are doing this just to play the game, and win the cash prize. You can win £10,000.”

He said staff from the local McDonald’s in Camberwell Road have been willing to come and clear up the rubbish, but often not for a day later.

“By the time McDonald’s come to clear the rubbish it has been sitting there for 24 hours, and it absolutely stinks. What we would like is for McDonald’s to do more to make sure their bins are secure, so they can’t be stolen.”

Andy added: “I would be amazed if it’s not happening elsewhere. On reflection, it shows how desperate some people are.”

A McDonald’s spokesman said: “We’re aware of a number of individuals causing a disturbance to the local community and are disappointed that our promotion is being used incorrectly and irresponsibly. We are looking into this as a matter of urgency and have implemented several measures to tackle the issue, including the assistance of the police.

“Our restaurant team carry out at least three litter patrols a day in and around our Camberwell restaurant and the team have since increased these to ensure all areas are being inspected and cleared regularly.

“This promotion comes to an end next week and we’re confident that this will see a reduction in the issue. Our priority is to be a good neighbour and we remain committed to playing our part in tackling litter. We apologise for any upset caused with regards to this matter.”