'Looking back at it all now, I smile at all the crazy experiences my friends and I had, particularly blagging our way into glitzy music awards shows as young teenagers and causing mayhem' 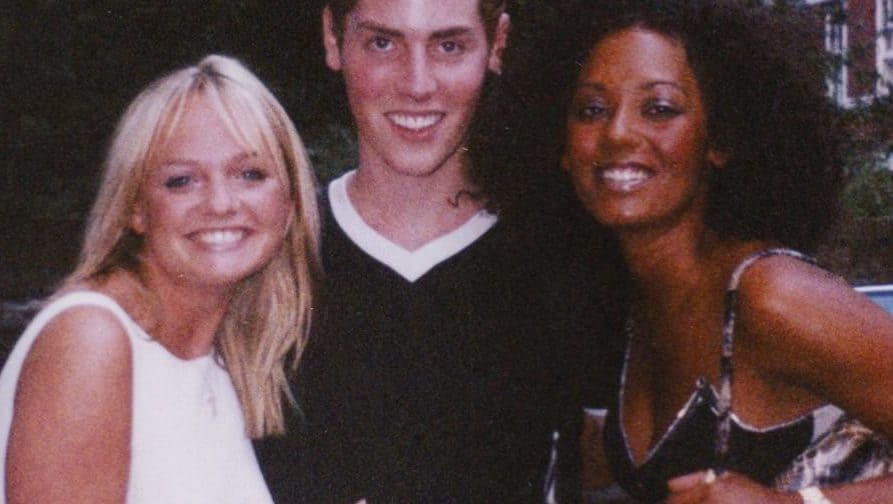 With Emma and Mel B, outside a Spice Girls recording session at Abbey Road, 1999

A 90s pop super-groupie who spent his teenage years obsessively following his favourite acts has written a memoir chronicling the highs and lows of fandom.

In Freak Like Me: Confessions of a 90s Pop Groupie, Malcolm McLean chronicles the years he spent tracking down his favourite stars and gatecrashing celeb parties.

Now 36, and living in Camberwell with his partner, Matt, back then Malcolm was a bored teenager growing up in suburban Surrey and the victim of cruel bullies.

Describing music as an escape from reality, Malcolm’s world changed forever when Eternal’s Kelle Bryan responded to his fan letter by calling his parent’s landline and inviting him to see the band on Top of the Pops the following week.

Together, they obsessively followed their Smash Hits favourites, clocking up 70 TOTP visits and blagging their way into numerous award ceremonies and backstage parties with his fellow pop devotees.

He told the News: “I was going through some tough times at school, getting bullied for being perceived to be gay, and I think I really turned to bouncy chart pop as an escapism from that.

“Looking back at it all now, I smile at all the crazy experiences my friends and I had, particularly blagging our way into glitzy music awards shows as young teenagers and causing mayhem.”

Soon, Malcolm was hanging out with some of the biggest names in the pop industry and even met their families.

At one point he knew one of the twins from B*Witched so well she would come and visit him during his shifts at Blockbuster in Weybridge.

Today Malcolm, who works at Goldsmiths in New Cross, says: “I hate the idea that some of the stars might have felt hounded by us, or that we were overstepping the line, meeting them at the airport early in the morning or turning up at their houses uninvited.

“I’ve chatted about this to the B*Witched ladies – whom we followed relentlessly back in the day, and I still see at the odd gig every couple of years – and they’ve all said we were only ever pleasant, supportive and quite fun to be around – which is nice.

“I can’t see myself doing it today. I definitely don’t have the balls anymore and am very happy to support an artist from afar without having to meet them!”

Visit www.freaklike.me for more information and to order your copy. 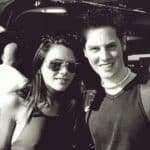 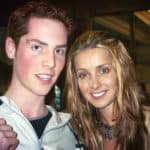 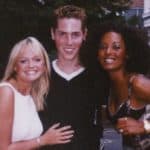 With Emma and Mel B, outside a Spice Girls recording session at Abbey Road, 1999 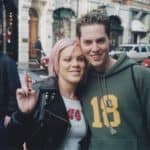 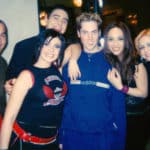 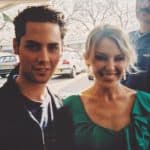 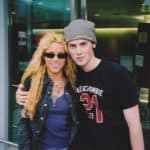 Malcolm and Shakira at the airport in 2002 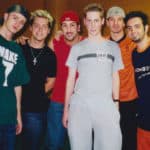 NSYNC in the US on tour 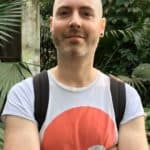 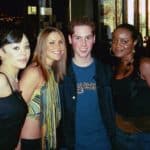 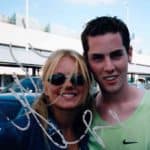 Malcolm Meeting Geri Halliwell for the first time, at Heathrow, in summer 1999, just after finishing his GCSEs

Malcolm soon became so adept at blagging his way backstage he managed to get his hands on dozens of celebrity items and memorabilia, including:

After managing to crash the Capital FM awards, Malcolm found Craig David’s award left under the podium, and grabbed it along with a card with Britney Spears’ speech.

Malcolm and friends turned up to a Hear’Say end of tour party in Manchester and partied with the band until the early hours.

The next day, Myleen’s mum turned up in the hotel lobby with presents for the band – five luxury chocolate bars – which she duly gave to Malcolm and pals.

Malcolm and his gang arrived unannounced at the singer formerly known as Ginger Spice’s country mansion the day after she threw herself an extravagant birthday party complete with Ferris wheel. Halliwell kindly gifted the fans her leftover balloons, party bags, and slices of her cake.

On the band’s first ever tour, Malcolm found where the bus would be departing from, persuaded the driver he and his pals were part of the entourage, and ransacked the refreshments before being ejected when the manager arrived – presumably none too happy.

The dress Kym Marsh wore to meet The Queen

After she stormed out the band, Malcolm and friends tracked down Kym Marsh at the home she shared with then-partner Jack Ryder, from Eastenders.

Marsh invited them in for the tea and, thankful for the support, the following week sent them a huge parcel of clothes she wore in the band, including the very eye-catching dress she wore to greet HM the Queen.