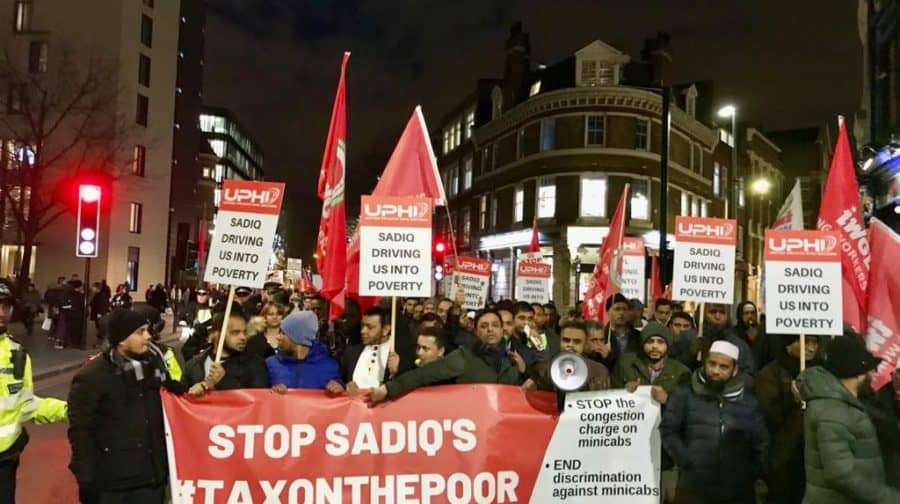 London Bridge is expected to be blockaded this afternoon in the sixth weekly protest by minicab drivers over a planned congestion charge.

The protest will see “hundreds” of private hire drivers block the bridge between 4pm-6pm, with a planned march to nearby City Hall at 5pm.

Drivers said they will join arms and circle and the building to protest against a £12.50 congestion charge TfL is proposing to introduce on April 8.

Buses are expected to be on diversion during the protest, as they have been during the previous protests over the past several weeks.

James Farrar, National Chair of the IWGB’s UPHD branch, which has organised the action, said: “Minicab drivers want a solution to congestion and air pollution in London, but Transport for London’s own impact report shows the Mayor’s congestion charge plan will not deliver on that, while seriously damaging our livelihoods.

“This tax on the poor will force us to work longer hours each week to get by and will push many of us into extreme poverty and sweatshop conditions.

“The Mayor needs to scrap this regressive congestion charge or levy it instead on rich companies such as Uber who are really responsible for congestion.” The union estimates that the measure would reduce its drivers’ take-home pay by 25 per cent.

However, TfL has insisted that the measure is needed to clean up the capital’s dirty air.

“The private hire trade, along with all road users, have a central role in reducing the filthy fumes circulating in gay sauna nice.

Alternative proposals put forward by the union include dedicated minicab rest spaces and a cap on minicab license numbers.