Construction starts on 5,000 square foot pop-up shopping destination in Elephant and Castle – as 60 traders are still left in limbo 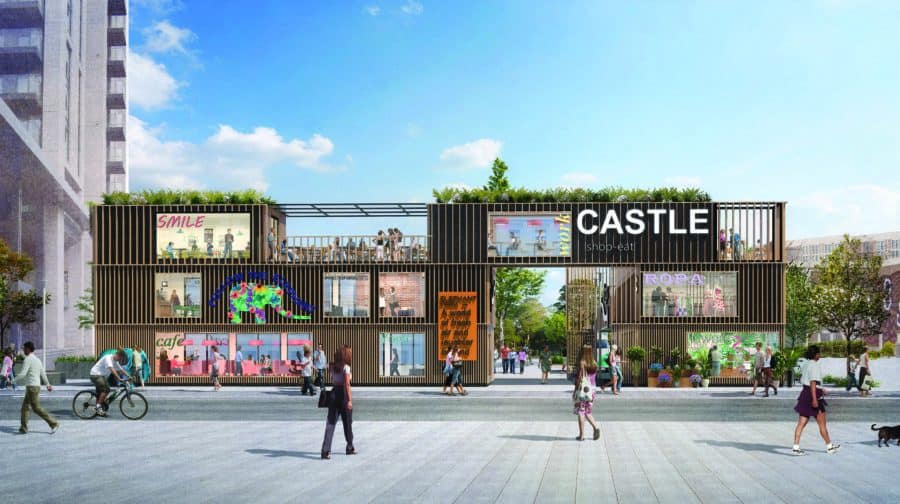 Construction on the temporary retail space for dislocated Elephant and Castle traders has begun – as campaigners say 60 shopkeepers have yet to find new premises to move into when demolition begins.

As the News has reported, the shopping centre’s landlord and developer, Delancey, has announced its last day of trading will be at the end of July.

The 5,000 square foot pop-up Castle Square is expected to take around five months to build, with traders able to move in this summer.

Those to have secured premises for the duration of the demolition and building work include La Bodeguita, the Columbian café, and Forever Hairdressing.

“It will become the new home for many popular, established local businesses and we’re delighted that well-known, local traders are looking forward to the next chapter for their businesses at Castle Square.”

All traders in the condemned shopping centre had now been given their notice.  According to Latin Elephant, a charity supporting traders affected by the regeneration, around 60 businesses are yet to have signed for new premises.

At Southwark Council’s assembly meeting last week, campaigners called on the council and Delancey to halt the closure until all traders had found future homes.

In a formal deputation, the Up the Elephant campaign listed demands, including that the centre stays open until all have been relocated, or given financial compensation, and that market traders are also eligible for rent reductions in their final few months at the shopping centre.

In response, Cllr Johnson Situ announced that £200,000 extra funding would be made available to traders, including those who are sub-letting.  This is separate to more than £600,000 of funding provided by the developer.

In a formal statement sent to the News, Johnson Situ, Southwark Council’s cabinet member for growth, development and planning, said: “We know this is an anxious time for traders and the council wants to make sure it is offering whatever support it can to help them find and move into new premises in and around the Elephant and Castle area.

“Many businesses have already been offered an affordable unit nearby but others are still worried about the future.”

Southwark NewsNewsConstruction starts on 5,000 square foot pop-up shopping destination in Elephant and Castle – as 60 traders are still left in limbo