Consultation will begin next week 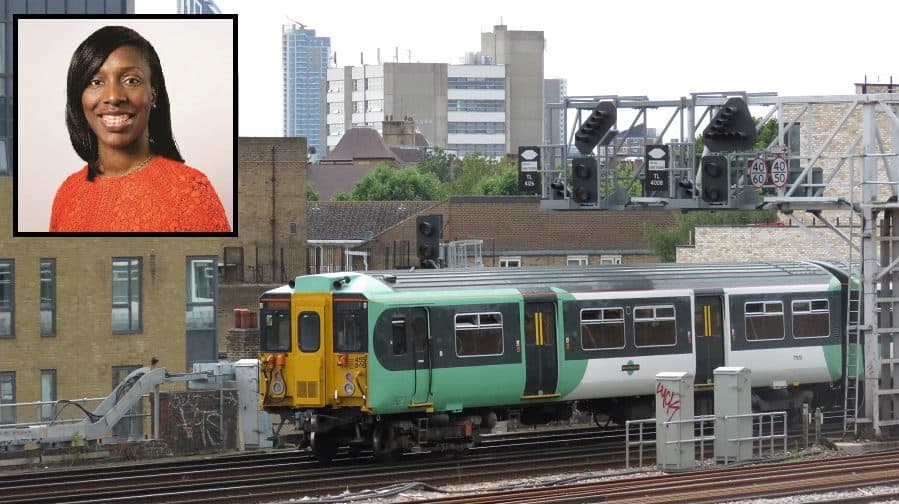 The News has learnt that Govia Thameslink (GTR) will begin a consultation on its proposed time tables for 2018, from next week.

The news was disclosed by GTR’s chief executive Charles Horton on August 16, during a meeting with London Assembly members on the authority’s Transport Committee, and deputy mayor for transport Val Shawcross.

Assembly member for Southwark and Lambeth, Florence Eshalomi (photo inset), called it “sheer madness” that the firm was planning to ask the public to comment on its plans for 2018.

Southern has faced widespread calls for its contract to run Inner-London services to be stripped, and instead given to Transport for London. Florence told the News: “[Charles Horton] started off apologising for their incompetence. He did go out of his way to admit responsibility. He turned up with loads of press officers. They knew we were going to go for them.

“Everyone was just so shocked. I read out some of the feedback I have read from residents – some of them have had to change jobs. Others people are paying in excess of £4,000 on travel cards, but they are simply not receiving a service.

“I said: ‘how do you expect anyone to have confidence in them to organise the next 18 months when we have got temporary timetables now?’

“We need to put more pressure on the government and TfL to say this isn’t working.”

GTR said they did not want to comment on their consultation plans.