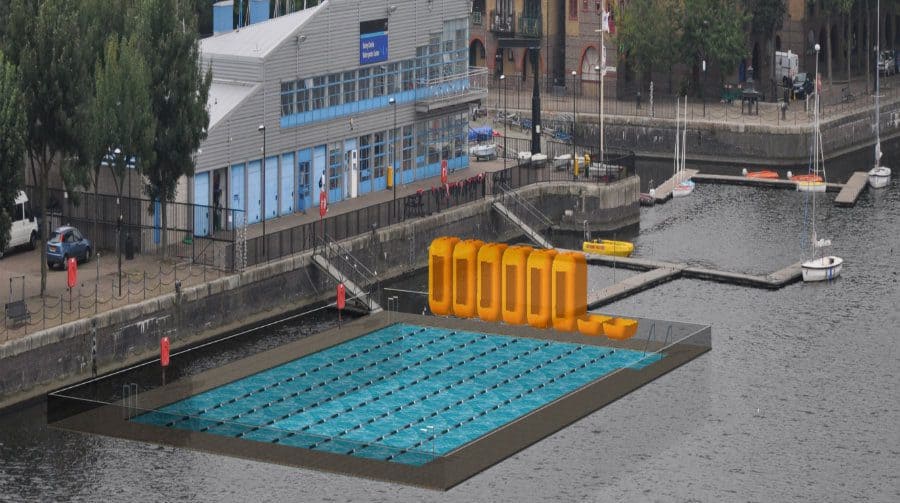 A CGI of the floating pool

Controversial plans to build a floating swimming pool in Greenland Dock have been rejected by Southwark Council’s planning committee – although the applicant has said he is “not ready to throw the towel in just yet.”

Residents were worried about the “diabolical noise” that would come with such the 20 metre by 40 metre facility, as well as the environmental impact of dropping a heated pool in a cold, freshwater environment.

These concerns were both noted by planning officers in the rejection notice.

It said: “Being open to the air and with an opening time of 06:00, noise from swimmers would be both noticeable and harmful to the amenity and living conditions of residents.”

It added: “No ecology report detailing the potential impact of the scheme on the biodiversity of the dock has been provided.”

Over 50 objections were made to the proposal, while 20 positive comments were also submitted.

Adrian Priestman, who put forward the application, said he would be returning to the council with another application.

He told the News: “It was rejected on the grounds of [a lack of] an ecological report. That’s something I’m going to put in place. All of the ecological questions are unfounded.

“It’s quite an unconventional proposal and it has been a long-winded application. I’m not ready to throw the towel in just yet.”