Daniel Sparrow, who has worked in the West End on smash hits Sweeney Todd, Mamma Mia!, Jersey Boys and Billy Elliot, has proposed a £4m “cultural hub” for the peninsula. 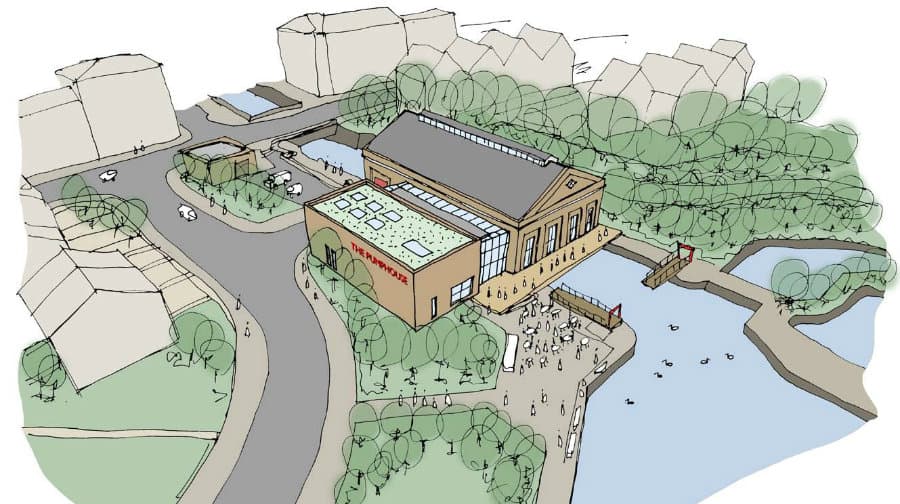 An artist's impression of the proposed theatre

An Olivier Award-winning drama producer has revealed his plan to bring a 350-seat theatre to Rotherhithe by converting the derelict Pumphouse building in Lavender Road.

Daniel Sparrow, who has worked in the West End on smash hits Sweeney Todd, Mamma Mia!, Jersey Boys and Billy Elliot, has proposed a £4m “cultural hub” for the peninsula.

As well as the main theatre, his scheme would include a small 100-seat studio, dining facilities and a community education centre which would benefit the Lavender Pond Nature Park.

The current building was left devastated by squatters last summer, who daubed graffiti across the walls, ripped wiring from walls and trashed a replica of the Queen’s wedding cake, soon after Daniel moved to Rotherhithe.

He told the News: “I moved here eight months ago and just stumbled across the building while I was exploring the area on a  Sunday. The plan grew from there.

“What London is missing is an off-West End theatre with 300 to 400 seats. The project would create a theatre with amazing facilities.”

The building would need £1m worth of restoration and £3m worth of further investment – financial figures Daniel is very confident of obtaining.

He said: “Because the project would involve part-ownership of a London theatre, it is an incredibly romantic prospect. It’s an incredibly rare opportunity. Most theatres in London are owned by a handful of people. One investor immediately pledged a quarter-million.”

He acknowledged that there would be some objections from nearby residents but vowed to make the proposed theatre as attractive for local people as for theatre-lovers from across London.

He promised that a portion of the cost of each theatre ticket would go towards the upkeep of the adjacent nature park – which he predicted could raise £60,000 per year – while ecology education classes would also be held on-site.

He said: “I want to get the community involved. It is really important – this would be a cultural hub but also a community hub.”

Southwark Council is currently accepting proposals for the building, which was built in the 1920s to house pumping equipment used in the area’s then-thriving docks. A decision will be made sometime this spring.

An artist’s impression of how the theatre might look

seriously this is a joke right………

The Lavender Pond Pumphouse Revival Group is a community action group campaigning to protect the heritage, ecology and civic amenity of the Pumphouse and Nature Reserve.

We have written a blog post about aspects of the theatre proposal. Search “Pumphouse Revival” or find us on twitter “pumphserevival” to find out more.