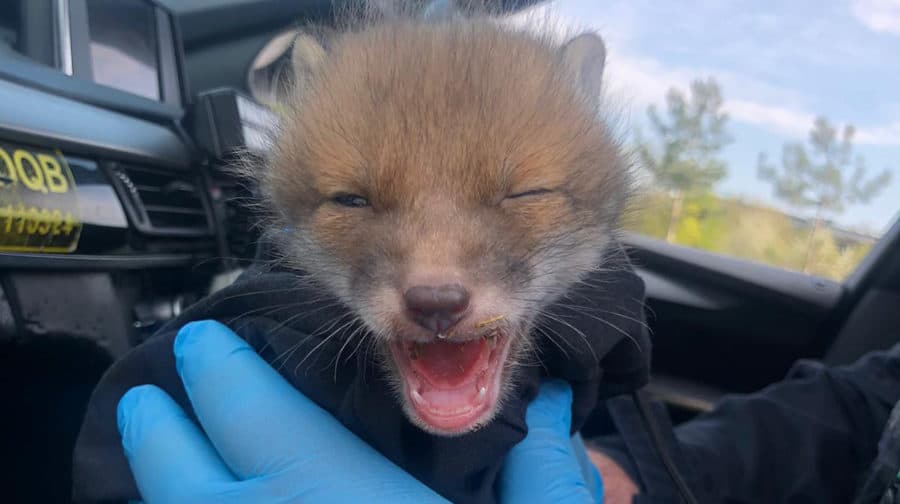 Firearms cops have rescued a baby fox while on patrol in Southwark over the bank holiday weekend.

Officers from the Met’s Firearms Command say they were patrolling across the borough yesterday when they came across ‘Bobby’ – a distressed baby fox.

Members of the public had found Bobby on his own, with no sign of his parents.

But coppers cared for him until a charity dedicated to fox care, The Fox Project, could take over. Bobby is now being cared for by The Fox Project (Image credit: MPS Firearms Command / Twitter)

“Officers were flagged down by members of the public who had come across this distressed baby fox,” said MPS Firearms Command on social media.

“With no sign of its parents, officers cared for it until The Fox Project could take over #NotJustGuns.”

According to the charity which has now taken over the care of Bobby, he is well on his way to making a full recovery.

Once he is able to, Bobby will be reintroduced to the wild so that he can be reunited with his friends.

Whilst on patrol in the @MPSSouthwark area yesterday, #SCO19 officers were flagged down by concerned members of the public who had come across this distressed baby fox. With no sign of its parents, officers cared for it until #TheFoxProject could take over. #NotJustGuns pic.twitter.com/jb5unRy7yW

Officers added: “Update from The Fox Project charity is that baby fox ‘Bobby’ is doing well and on his way to making a full recovery.

“Once he’s ready, he’ll be introduced back into the wild.”