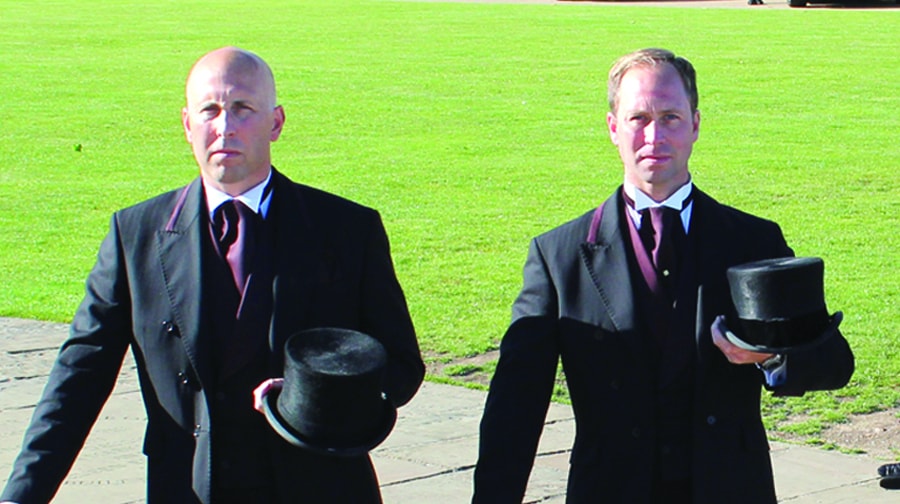 Tragically the last essential workers on the frontline in the coronavirus outbreak are the funeral directors and at Albins in Bermondsey they are already dealing with four deaths due to the disease.

Run by brothers Simon and Jon Dyer the pair are preparing for the worst and managing the situation on a daily basis.

The world-renowned funeral home is a local institution, but it is known to millions more for bringing soldiers and civilians back from war zones and places of global disaster; it even featured in a 2003 ITV documentary series Don’t Drop The Coffin.

“Albins will do whatever we can to help the NHS trusts and the families of the bereaved,” Simon Dyer told the News. But he admits that guidelines from the National Association of Funeral Directors need to be clearer.

“It has been left to churches and funeral directors to follow the guidelines as they see fit, but for example next week we have four funerals planned,” he said.

“While public worship has been suspended funerals have not, so we have one church saying no to the funeral, the other restricting it to just 60 mourners and the other two saying go ahead as planned.”

At their main branch on the outskirts of Southwark Park the place is eerily quiet. Usually busy with mourners visiting the memorial garden and attending the chapel of rest, Albins have restricted numbers to both.

For those leaving from the funeral home numbers have also been limited and they are planning from today to set up webcasts at services and the crematorium.

The crematoriums too have restricted numbers and shortened the services.   “As government has already stated, the elderly and vulnerable should not expose themselves to crowds but those that are young and healthy are fine to attend,” he explained.

“This is such a stressful time for families normally and we have encouraged some to have a small funeral while organising a larger celebration of life or memorial service after the crisis is over.

“Most wakes are being cancelled and here we are encouraging social distancing which is obviously not a natural thing between mourners, who are usually hugging each other or at least shaking hands.”

Fortunately, Albins staff are all well and not in self-isolation, all instructions of handing washing and protecting themselves from the virus has been in place for weeks since the beginning of the outbreak. “All our staff are in, keeping clean and every single one of them have agreed to work late and cancel holidays if necessary.”

And the 43-year-old funeral director was adamant that funerals should not be cancelled, saying that it could lead to a backlog that would be disastrous, especially if predictions of up to a quarter of million across in the UK die from the virus.

Currently the funeral home is dealing with four deaths. Southwark has the highest figure in London of people with coronavirus at 82 so far, 144 across the UK have died from the disease and the most up-to-date number of people with it is 3,269.

Of the four families that Albins is helping, one is in self-isolation and has asked for the funeral arrangements to be postponed until they are all able to attend.