Coronavirus ‘protection oil’ bishop: ‘I’ve sold 1,000 but I’m not making money off them’

"What is so wrong about putting into practice what the Bible says?" responded Bishop Climate Wiseman 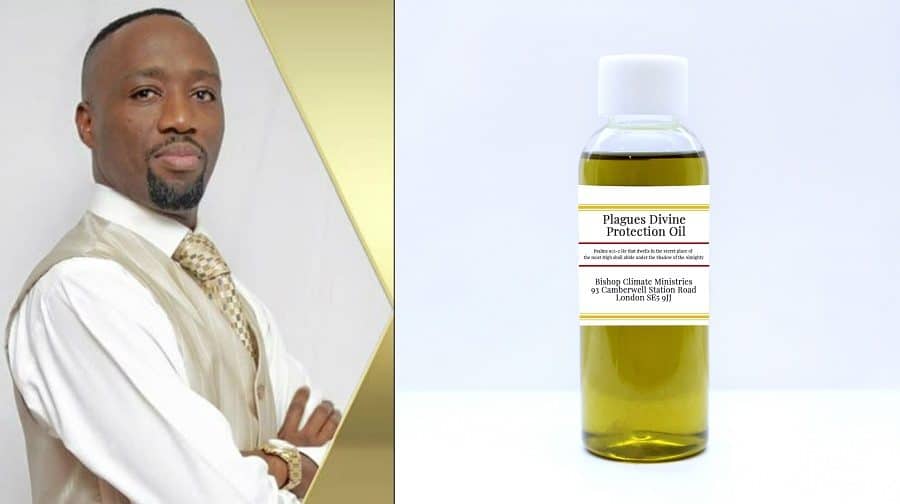 A self-styled prophet of a Camberwell ministry selling coronavirus ‘protection kits’ made of only oil and red string has insisted he is ‘not making money off them’.

As the News first reported yesterday, Bishop Climate Ministries had been offering a bottle of oil and red string for £91 – which it claimed would protect from deadly coronavirus.

The ministry, part of Kingdom Church on Camberwell Station Road, has been accused of exploiting fears over the pandemic.

Climate Wiseman, the leader of the ministry, did not respond to our requests for comment earlier this week to give evidence for the claims it could protect from coronavirus.

However, he has since been reported to have told the PA news agency that he has sold 1,000 of the kits but insisted that the £91 price tag was to cover the cost of ingredients and packaging and posting.

“This is based on the Bible – I’m a Christian and there is a way that the Bible says to protect us from plagues,” he told media.

“What is so wrong about putting into practice what the Bible says?” He added that he was not telling his followers to ignore the government’s advice around coronavirus.

Since our story, which has been followed up by a score of national outlets, a link to the £91 kits no longer appears to work.

The Ministry had claimed that those wearing the oil and red string would be “saved from the coronavirus pandemic.”

Southwark Council yesterday confirmed it was undertaking an investigation into the claims.

“It is wrong for anyone to exploit people’s fears at this time of high anxiety and we encourage people to report any issues like this to London Trading Standards,” said cabinet member, Victoria Mills.

Leader of the council, Cllr Peter John, also told this paper that reading the story had made him feel “sick.”

Mr Wiseman has previously found himself at the centre of a noise complaint over loud 3am sermons at his church in Camberwell.

The church had been fined more than £7,000 by the council, but this was overturned in court.

He told the News he believed the outcome was “the hand of God” – after previously saying the council would “feel the fire of God” over the fine.

So he has had 91 grand off this stuff? That number should be the fine he gets.