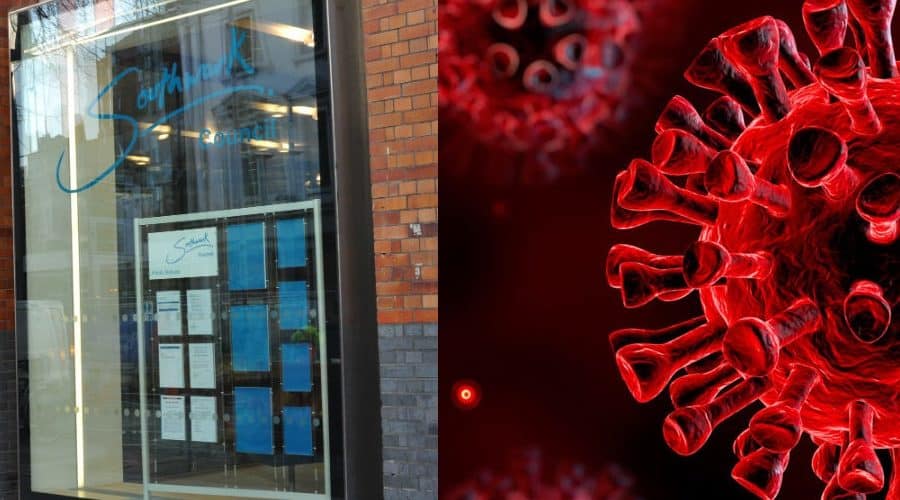 Southwark Council is considering shutting down its public meetings over the coronavirus outbreak.

Among those already affected are a flagship climate change conference.

The News has also been told of at least one meeting which has been cancelled on the advice of a council officer because “of guidance being issued to Southwark Council staff to suspend all public meetings.”

The local authority said it is currently reviewing whether its other meetings should go ahead in light of the surge of coronavirus cases.

A climate summit which was due to be held at William Booth Memorial College next Saturday is now postponed over the pandemic.

“The current challenges that we are all facing with Covid-19, mean that we have to take sensible decisions based on official guidance, and what we feel is the right thing to do for our residents, staff and councillors,” said council boss, Cllr Peter John.

“We cannot hold a conference which is meant to engage a representative cross-section of our residents if a significant element of our older population is being encouraged by government advice to stay away from large meetings.”

Officials at the town hall say this will not delay their plans to develop a ‘Climate Emergency’ strategy by July, and that the summit will go ahead as soon as possible.

It is not yet clear how this will affect other local authority gatherings.

Yesterday, both of the borough’s two major NHS Trusts warned that non-urgent operations and appointments may be cancelled or delayed over Covid-19.

King’s College NHS Trust said it would be pausing all pre-arrange inpatient operations and surgeries, save for those needed for life-threatening illnesses.

Day cases at the Trust are being constantly reviewed, while outpatient appointments may now be conducted over the phone if possible.

Guy’s and St Thomas’ told the News that it was started to roll back its non-urgent procedures over the disease.

For some patients this could mean appointments being cancelled, it said, or being conducted over the phone.

Separately, Bermondsey and Old Southwark MP Neil Coyle announced his constituency office in Jamaica Road would be closed for two weeks “as a precaution.”

None of his team are displaying symptoms of coronavirus, he told this paper. The London Mayoral election has also been postponed, as has the London marathon.