The charity's CEO says income is down 80 per cent 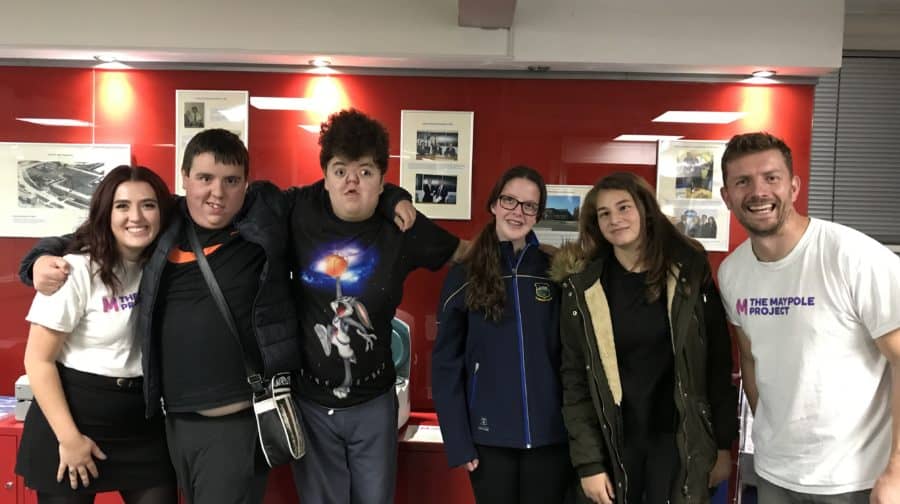 The Maypole Project's Youth Club, pictured before the lockdown

A charity that helps children with complex medical needs from across south-east London says it has suffered a ‘devastating loss of funds’ just when families need support the most.

For seventeen years The Maypole Project has provided specialist support for more than 4,000 families from Southwark and neighbouring boroughs. One of the charity’s activity days, held in 2018

Now the Bromley-based charity is struggling with rising demand and sharply falling funding.

The young people with whom the charity works all received their diagnoses before the age of eighteen and have a range of serious and life-threatening conditions,  often presenting challenges for schooling, socialising and everyday life.

Many depend on the charity for building their confidence and meeting a network of others who can relate to their experiences.

Throughout the lockdown the charity has continued providing virtual counselling and creative sessions for the 350 families its team currently support.

But, as all its fundraising events are cancelled or postponed, it risks permanent closure.

One supporter, Michael Storie, has already stepped up to the mark and run a half marathon on his treadmill to raise over £1000.

Michael had signed up to participate in the now-cancelled Paddock Wood Half Marathon earlier this month but seeing the charity’s appeal spurred him on to raise funds while in lockdown.

“I thought there must be something I could do from the comfort of my own home,” he said. “A virtual event is such a great idea, you get to raise much needed funds and also have some fun.”

The charity has had to furlough 60 per cent of its staff – including key fundraisers.  Although support staff remain employed for now the charity’s chief executive warns they too may have to be put on the scheme.

In an open letter to the government, CEO Sally Flatteau Taylor said although the announcement of further financial support for charities was welcomed, it was not enough to sustain small charities like hers through the crisis.

And, although the charity does work alongside hospices, it doesn’t qualify for a hospice grant in the guidelines – something she has called on the treasury to change.

“All of the families The Maypole Project support through therapies, groups and activities have children in palliative care or children who have very complex medical needs,” Ms Taylor explained. “This means that their children are medically fragile and this makes them extra-ordinarily vulnerable to Covid-19.

“These families who are already already anxious, stressed and fearful, are now facing heightened fear and anxiety.  The unthinkable death of their child becomes more real, they face additional emotional vulnerability of  their children and whole family through this crisis.

“The respite of school, and other services, has mostly disappeared.  Families are in lockdown together exacerbating already stretched family relationships.  Travel to hospital settings for essential treatments must continue; creating complications for the whole family.

“Isolation – always an issue to be addressed – becomes more real as they are separated from extended family and the community that can support them.”

She added: “Our new crisis appeal is really helping and we thank our donors for their ongoing support.  This, though, we believe is a government issue and we plea with them to make the necessary creative adjustments to this package of funding to support The Maypole Project and similar charities who will otherwise have to stop services immediately – and families in crisis in absolute despair.”