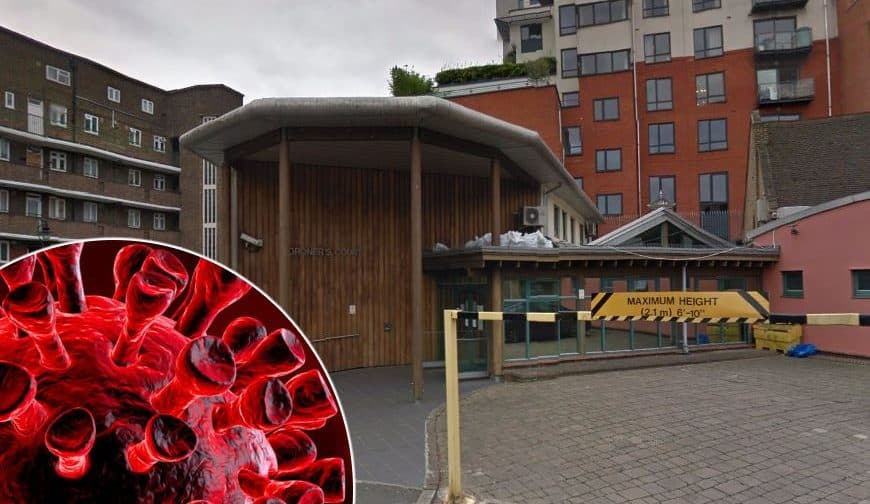 The number of deaths during the latest coronavirus wave is so high Southwark’s coroner is struggling to process them.

Deaths are required to be reported to the coroner if their death is unexpected, or if a doctor did not treat a person during their last illness.

Southwark’s coroner’s office has told bereaved families they could face a ten-day wait in having their loved one’s bodies released to them amid the unprecedented pressure of the latest coronavirus surge.

Officials are also struggling to quickly make contact with the family in the aftermath of the death because of their increased workload. This is despite them working overtime.

Senior coroner Andrew Harris told families in a letter: “Our heartfelt condolences go out to you, as if you are reading this letter, you have probably lost a loved one at this very difficult time.

“The number of reports to the coroner has escalated to such a degree that despite our limited staff working long hours and overtime, we are unable to reach our target of speaking to families within 48 hours of the report.

“We apologize for the distress this may cause.”

In some cases, doctors can certify the cause of death without the need for an autopsy or enquiry. But in other cases, an autopsy must be carried out.

For these families, the coroner has warned it is not likely to be held until around ten days after a person’s death, meaning the body cannot be released sooner.

The pressure the NHS is facing is also causing delays, because officials cannot ask doctors to give statements as they normally would, families have been told.

“The vast majority of reports do not lead to an inquest and we would expect to release the body to the family straight after the autopsy, whether or not the investigation is ongoing,” said senior coroner Harris.

“Please also understand that the pressures on the NHS are so great that we will not be able to secure reports and statements from doctors as we normally would.

“So this will inevitably delay investigations and inquests.”

Inquests are carried out into unexplained deaths, and are a process to establish how and why a person came to their death. In some cases, the coroner then makes recommendations to prevent other deaths.

Southwark Coroner’s Court has jurisdiction over deaths in Southwark, Lewisham, Lambeth and Greenwich, meaning it deals with a high volume of cases compared to rural areas.

At the time of writing, more than 84,000 deaths have been recorded from Covid. These are deaths which occurred within 30 days of a positive Covid case.

Yesterday, the highest daily number of Covid deaths were recorded during the pandemic to date at 1,564 deaths.

Southwark NewsNewsCoroner struggling to keep up with surge of deaths in Southwark, grieving families warned