The Coronet to go out with a bang on New Year’s Eve, despite redevelopment delayed 2019

Its lease with property developer Delancey will expire on January 5, 2018 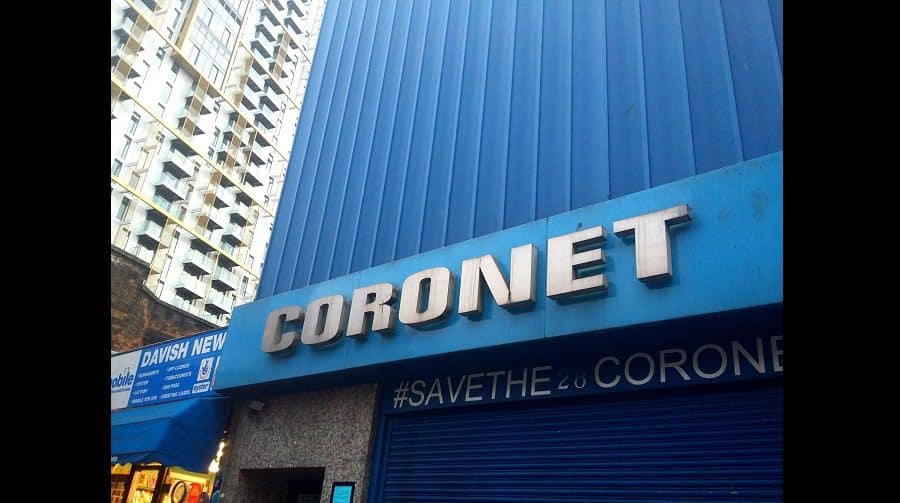 The Coronet Theatre will close its doors for the last time on January 1, 2018, its managers have confirmed.

The 145-year-old venue, first opened as the Elephant and Castle Theatre, before becoming an ABC cinema, and later became a music and night clubbing venue.

Its closure will coincide with the redevelopment of the Elephant and Castle Shopping Centre site, by developer Elephant & Castle Properties Co. Ltd, part owned by multinational property firm Delancey.

The closure date of January 1 was confirmed to the News by manager Sam Porter. “We will run the business up until the last day we can,” Sam said. “We have had to accept our fate, so we are just making it the best year we can and hopefully will enjoy what we have left.”

The Coronet was previously granted a one year extension to its lease (which now expires on January 5) due to delays with demolishing the shopping centre site. The demolition is now expected in 2019, according to a report published ahead of Southwark Council Cabinet Meeting on May 9.

The venue, which hires more than 70 staff, will have its final event on New Year’s Eve.

Demolition was to be years ago then spring 2017 next date spring 2018 now 2019. Will that terrible shopping centre ever get demolished?

Southwark NewsNewsThe Coronet to go out with a bang on New Year’s Eve, despite redevelopment delayed 2019