“We’re very sorry that some residents in the area have been experiencing these problems for so long and I understand how frustrating it must have been." 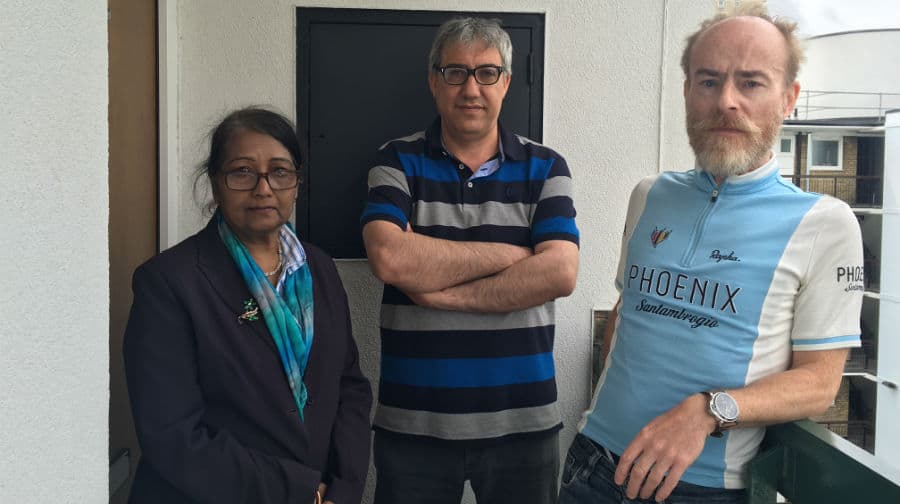 SOUTHWARK Council has apologised after Dickens Estate residents complained that they are still without suitable water pressure, despite earlier commitments to help, writes Alex Yeates…

Residents of the top floor of Wrayburn House near Jamaica Road have endured poor water pressure since Thames Water decreased it last year, a decision which is said to have affected 150 homes.

The lack of water pressure has meant residents living in tower blocks have been unable to shower properly during peak times.

After an investigation Thames Water has said the problem is now the council’s as it was established to be an “internal issue”.

Councillor Stephanie Cryan, Southwark Council cabinet member for housing, said: “We’re very sorry that some residents in the area have been experiencing these problems for so long and I understand how frustrating it must have been.

“Housing officers will be writing to affected residents soon to explain what will happen next and in the meantime I’d like to thank residents for bearing with us while we establish the causes of the problem.

“When we have to work with external parties this can sometimes take longer than we would like and I apologise again for any inconvenience caused.”

Mike Scammell, one of the residents affected, said: “It could be solved by changing the pipes but as the place has just been redone [the Dickens Estate has recently been renovated] we don’t want them to rip everything up.

“And who will pay for that work to be done?”

Councillor Eliza Mann, who represents the Riverside ward, criticised both Thames Water and Southwark Council for not accepting responsibility sooner.

Cllr Mann said: “The buck has been passed back and forth from the council for too long.

“The council now has to take responsibility for making sure the pressure is good enough for the higher floors of council blocks.

“We are pleased they have agreed to do this in Wrayburn House on the Dickens Estate and we are calling for the council’s scrutiny committee to investigate what other blocks in the borough need this work.”

Father of three, Ezaz Mahmood, said he was lucky as he has an electric shower, but the water issues has meant his bills keep going up.

He said: “It’s been really hard. We’ve been lucky because we use an electric shower, but in the kitchen we have a problem.

“Air comes into the system so it doesn’t work properly. They come to fix it but my bill goes up each time. My son has to take the air from the system now. We can’t afford to always call someone out to do it. The air is due to the facts that the water cycle keeps going up and down.”

A statement from Southwark Council said they had been “working with Thames Water to investigate where the problem lies” and that a “solution can be put in place over the next few weeks”.