Council assures Peckham Square Christmas celebrations will go ahead, despite lack of plans 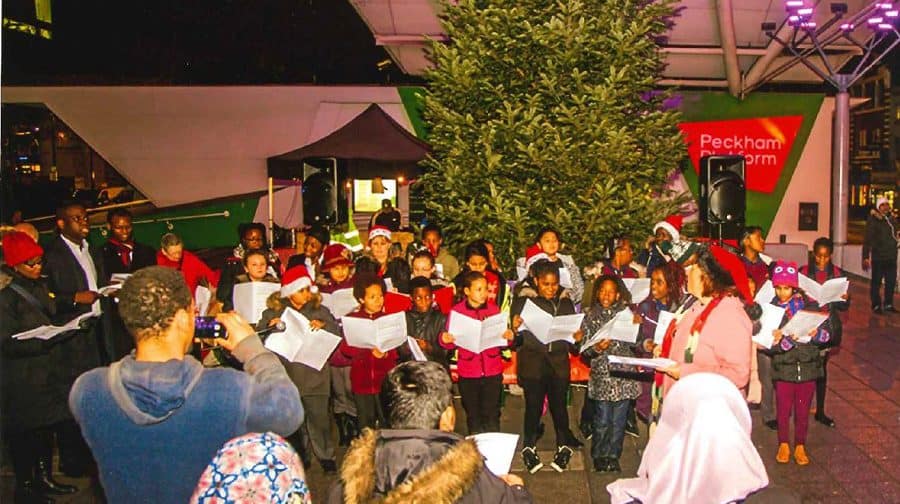 Southwark Council has moved to reassure locals that the annual Peckham Square Christmas Celebration will still happen this year, after residents voiced fears it would not go ahead.

Since 2011 a Christmas carol concert has been thrown under the Peckham Arch, with a giant Christmas tree set up.

With the forthcoming demolition of the Arch, the council had suggested moving the event under the Peckham Library canopy. But by September, with scarce details that any preparation had been made, Sumner Residents Association member Maureen Baker called on local councillors to find out what, if anything, had been planned for Christmas.

Maureen, 71, of Pioneer Street, approached the News after she’d heard the council was not running the event this year. But on Tuesday, October 17, Cllr Barrie Hargrove, cabinet member for communities, leisure and safety, said: “We are really sorry to hear that there is confusion about the arrangements this year.  We will work with the Residents Association to make sure that the concert can go ahead.”

Maureen last week told the News: “They were telling us when all the redevelopment of the square was given planning approval that the Arch would be demolished by now. Then the latest we heard was that it’s not going to be pulled down until they finish building Mountview Academy [in Peckham Hill Street].”

Since 2011 the festivities have been paid for using grants from the council’s Cleaner Greener Safer fund, allocated in three-year blocks. £10,350 was allocated in 2015, which Maureen said “should still be available” for Christmas 2017.

Maureen said: “[the carol concert] had been progressing every year. We had market traders. We’ve had carol singers from Oliver Goldsmith School, Theatre Peckham and Mountview. Morrisons were donating food and Wetherspoons were giving away hot drinks. And we had money spare last year to pay for a talking Christmas tree for the kids.”