"We feel this is a really pivotal moment that we got the council to ‘commit’ to divestment," campaigner says 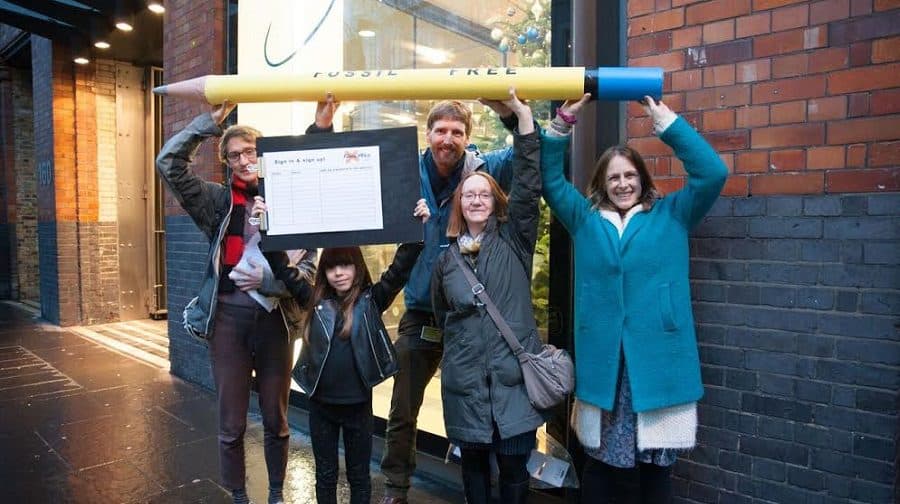 Environmentalists have scored a breakthrough in their campaign for Southwark Council to withdraw £60m of investments in fossil fuel companies.

Members of Fossil Free Southwark have for two years demanded that the council’s shares in global oil corporations be excluded from its £1.2bn pension fund.

And as a 1,000-signature petition was delivered to Southwark’s top brass on December 13, its cabinet member for finance “committed” the council to doing just that.

Cabinet member for finance, modernisation and performance, Fiona Colley, has since said: “The commitment to cut pension investment in fossil fuels long-term… is a measured and carefully considered decision based not only on ethical practice… but also on reducing the financial risk of investing in traditional energy sources, which will ultimately become obsolete.

“The council will explore new opportunities to invest in the development of sustainable energy infrastructure alongside other local authorities, through the London CIV [Collective Investment Vehicle].

“We are a long-term investor, aiming to deliver a truly sustainable pension fund.”

Tim, from Peckham, said: “We feel this is a really pivotal moment that we got the council to ‘commit’ to divestment.”

Tim added: “We welcome these new investment principles that have been endorsed by the cabinet, and hope that the Pensions Advisory Panel will put these principles into practice at the earliest opportunity.”

It is understood that the council’s Pensions Advisory Panel will hold its next three-year review of investments in March, which is when the first shares sell-offs will happen.

The campaigners had previously written to the News with a letter to lobby the council, which was signed by Bermondsey and Old Southwark MP Neil Coyle, human rights campaigner Peter Tatchell, Law Centre director Sally Causer, and Greenpeace chair Jean-Charles Roghi. Dulwich and West Norwood MP Helen Hayes had also voiced her support.

Liberal Democrat councillor and Pensions Advisory Panel member for the council, Eliza Mann, said: “I am delighted that the council has finally promised to end Southwark’s investment in fossil fuels.

“The decision follows our previous success persuading the council to end its investment in tobacco companies.”