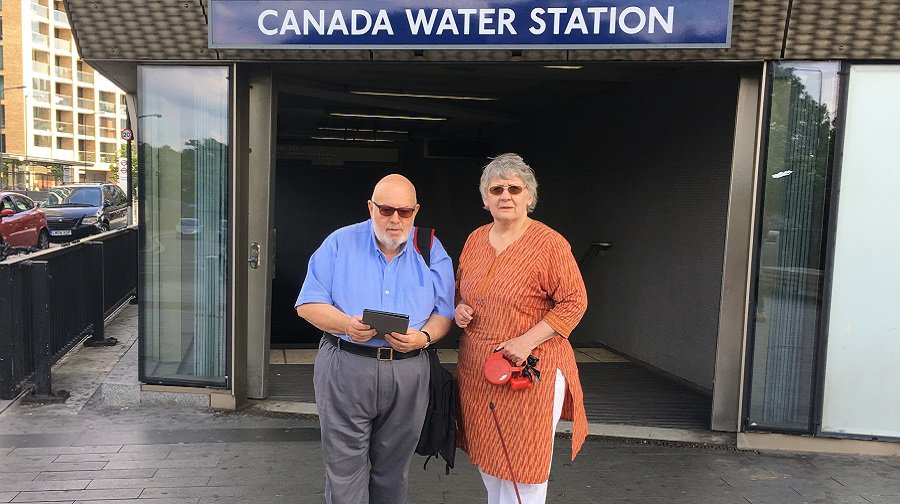 Southwark Council is looking to secure full fibre broadband for Rotherhithe – where internet speeds are so slow, some residents trek to Canada Water Tube to use its Wi-Fi.

Southwark Council has vowed to explore options to secure full fibre broadband for the whole of the peninsula – a move welcomed by residents.

During a cabinet meeting, Councillor Fiona Colley, Southwark’s cabinet member for finance, modernisation and performance, said the council would look at accessing funding pots and consulting with residents and the Rotherhithe Broadband Group.

“We are now proposing exploring the market to develop options for the installation of full fibre broadband across Rotherhithe,” she said.

“There are a number of ways this could be achieved – for instance via a concession on council assets, a gap-funding model, or direct delivery of the infrastructure.

“Over the next few months we will explore various options with providers, work closely with the Rotherhithe Broadband Group and consult residents.

“We will of course particularly be looking at how we can access national and regional funding pots and work with developers in Canada Water so that we create a solution that works for the whole of Rotherhithe – new and old.”

Brian Hodge, vice chair of Canada Water Consultative Forum and member of the Rotherhithe Broadband Group, welcomed the announcement as a “step forward”.

The Rotherhithe resident said he knew of some residents who travelled to Canada Water tube station to use the Wi-Fi to download large files because their internet was too slow at home.

“It has been long-held that Canada Water station has been one of the top ten stations of use of the internet,” said Mr Hodge.

“The internet is faster at Canada Water than it is at any place along the peninsula so I know of people who work from home [who use the station Wi-Fi] because it’s faster than sitting and dealing with it at home.”

Mr Hodge said he “quite often” experienced download speeds as low as 0.25Mbps – despite the Government’s minimum recommended download speed being 10Mbps under its Universal Service Obligation.

And he added that if services like the television were to be delivered through the internet in the future then 10Mbps still wouldn’t be enough. The News previously reported that broadband speeds were faster on the moon than in Rotherhithe.

The Rotherhithe Broadband Group (Broadband SE16) also welcomed the council’s announcement. However, a spokesperson for the group said they were still “wary that even if the proposals get council approval, any improvements are a long way off”.

“We are still disappointed both that the council failed to follow the advice given in their own 2015 report and failed to take seriously our repeated warnings that the improvements promised by BT, even if fully implemented, would still leave just under half of Rotherhithe with inadequate broadband,” a spokesperson said in a statement to the News.

“We warned the council as far back as 2014 that the borough was destined to have the worst broadband coverage in London unless action was taken.”

“We will continue to fight residents’ corner on this issue until superfast broadband is available in Rotherhithe.”

Councillors are expected to return to cabinet in October with proposals on how to move the project forward.

Cllr Fiona Colley said in a statement: “We recognise how frustrating slow broadband speeds are for residents in Rotherhithe, who have to rely on local libraries, cafes or even tube stations to get a decent connection.

“The council has been working with BT Openreach to improve broadband infrastructure in Rotherhithe but while some progress has been made, it has not been at the rate we or residents would like.

“The Government has committed to rolling out fast broadband across the country, but so far the focus has been exclusively on rural areas.

“As a council we are committed to being a digitally inclusive borough, but we are ultimately reliant on broadband providers choosing to invest in hard-to-reach areas.

“It is essential that the Government does not overlook London in the rollout of superfast broadband, so that residents in areas like Rotherhithe are not left behind.”