‘Council needs to crack down on motorists parking in cycle lane’ 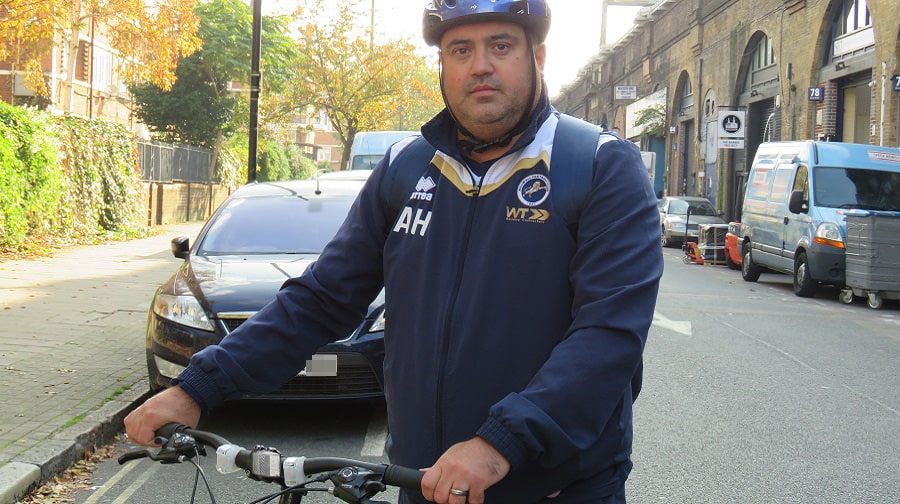 A cyclist has called for the council to crack down on motorists parking in a Bermondsey cycle lane.

Met Halil has cycled down Druid Street as part of his commute to work for the last twelve years.

But the 42-year-old says vehicles parked in the cycle lane near the junction with Tanner Street have become an increasing problem and that it is getting more dangerous.

“Going up here with the traffic going the same way with you is fine, but going home there are vehicles parked in the cycle lane and on the double yellow lines and there are crates in the road,” he said.

“You can’t see if there’s any traffic coming towards you and you have to creep out.

“There have been times when I’ve thought I’m not even going to bother and have gone on to the pavement and then you get the pedestrians having a go at you.”

Mr Halil said he had reported the issue to the council’s parking team at least ten times, but it had never been resolved.

“I nearly got knocked off again recently, so I rang Southwark parking and said it’s becoming a joke now – and they tried telling me they can’t enforce any tickets because the lines are broken, but they aren’t,” he said.

“Why are they not being ticketed and why should I have to go a different route or put my life in danger because I can’t see the oncoming traffic?”

Councillor Ian Wingfield, Southwark’s cabinet member for environment and the public realm, said: “We do our best to police these double yellow lines, however they do not ban vehicles from stopping.

“A commercial vehicle may load and unload from a double yellow line for as long as the activity is constant.

“In the last 30 days, our CEOs have logged 108 visits to Druid Street. During this time 32 vehicles were moved on and parking tickets were issued to a further 13.

“This area is monitored by mobile CEOs, who only log a visit if they stop to investigate, so the location will have been patrolled many more than 108 times.”