Some 600,000 were made for use across the UK. And with a surplus of them after the war, many were ingeniously used outside new housing estates after they fell out of use by Civil Defence in 1962 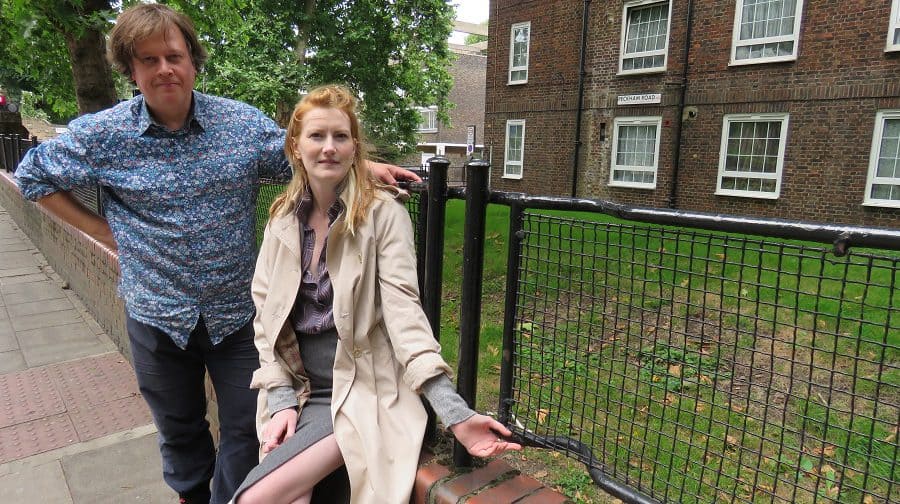 Southwark Council has vowed to work with historians campaigning to protect London’s “stretcher railings” – fences on housing estates made from WW2 stretchers.

The News reported in August that Peckham architect Benny O’Looney, and architectural conservationist Rosie Shaw, wanted to spread the word about the little-known story of the railings.

Rosie said: “They’re a really good physical symbol of the war in London. They are a visible, observable reminder. I think showing people that is really important. The only other reminders like this that you can think of are places where there’s shrapnel in walls.”

Southwark Council has since held meetings with Benny and Rosie, who have formed the Stretcher Railing Society.

The council plans to create a list of all the known stretcher railings left in Southwark (scroll down to see the list). They will also produce a new Article 4 Direction, which means if a developer submits a planning application that could affect an address with a set of railings, it will be “flagged up” with council planning officers.

Councillor Mark Williams, Southwark’s cabinet member for regeneration, said: “We have been busy working with the excellent Stretcher Railing Society, putting together a definitive list of all the stretcher fences in the borough. When this is finalised we will map them and put them forward for a new Article 4 direction.

“These railings are a great memorial to our shared history and we would ask that people contact us if they know of any other sites.”

The stretchers being used in a Civil Defence Training Exercise, Camberwell c1940

Some 600,000 were made for use across the UK. And with a surplus of them after the war, many were ingeniously used outside new housing estates after they fell out of use by Civil Defence in 1962.

Rosie added: “There is also hope that English Heritage might list a few sites of them around London. Southwark has the most, but we’ve also found them cropping up in Hackney and Brixton, and on some private housing as well as council. So it must mean there were loads of people using the stretchers because there was so many of them.”

Visit www.stretcherrailings.com to find out more.

Stretches and stretches of WW2 stretcher railings in Southwark, located in: