Council rules Coronet Theatre can live out last 5 months of its lease, but ‘urban’ events are banned

local residents, council officers and councillors agreed that they “didn’t want to see the Coronet close” and that a solution should be found 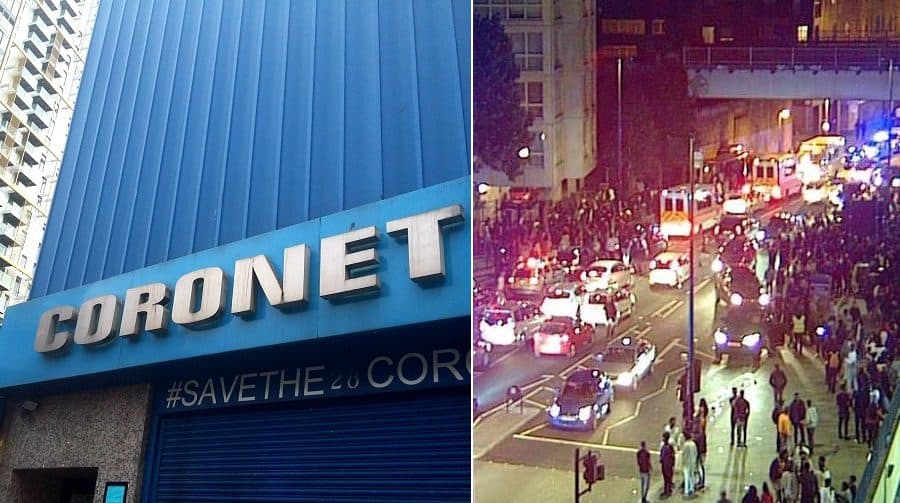 The Coronet Theatre has been allowed to stay open, after a review of its licence requested by police following a series of violent incidents.

But the historic New Kent Road venue, which is already scheduled to close on January 5, has agreed to a series of more strict conditions, which were discussed by Southwark Council’s Licencing Committee on Monday, July 31.

The review was ordered after an incident described as “a riot” happened in the early hours of Sunday, July 2, which forced managers to close and evacuate the venue.

The committee heard that on the night, some 200 or more people crowded outside the Coronet’s doors waiting up to two hours to be let in.

A solicitor representing the venue said missiles were thrown and violence broke out, after a group of “fifteen or 20 men tried to cause trouble, because they didn’t want to queue like everyone else”.

Police also listed previous violent incidents at the Coronet. On February 26 a “large group of males” broke in, one believed to be carrying a gun. On May 13 there were reports of 100 people fighting outside the Coronet.

Police statements also said fifteen violent incidents have been reported about the venue this year.

TfL photo of violence outside Coronet Theatre on July 2, 2017

At the committee meeting, local residents, council officers and councillors agreed that they “didn’t want to see the Coronet close” and that a solution should be found.

The solicitor said: “No one wants the venue to close, but it’s going to close when its lease ends on January 5. What we’re asking is whether we should renew its licence for the last five months of its life.”

A final decision on the exact terms of the Coronet’s new licence was issued today (August 4).

It stipulated that the Coronet will now have to reduce its capacity for late night events to 1,500 guests, with last entry and last re-entry at 2am, and hire more security.

It has also been ordered to cancel the following events:

The delay in issuing the committee’s final decision came after a disagreement with the venue’s management over one proposal: whether to effectively ban the venue hosting “urban” music events where genres such as Dancehall and Soca music was played, and events which the police and council were likely to deem as “high risk”.

During the meeting on Monday, two local residents said they had put up with “noise, anti-social behaviour” and “illegal parking” outside their homes in Meadow Row and Rockingham Street “almost every weekend”. “I plan my life around these events at the Coronet,” said one resident.

The Coronet’s general manager Sam Porter told the committee that the violence on July 2 was due to “an exceptional number” of guests arriving very late, which disrupted the queuing system.

“From speaking to people in the queue outside, I learnt that many guests have arrived late because they had travelled to the Coronet after a concert at the Apollo in Hammersmith. Concerts at the Apollo usually finish at 11pm. It would have taken an hour to travel to Elephant and Castle.”

The Coronet is due to be demolished in 2019 as part of the Elephant and Castle Shopping Centre redevelopment by developer Delancey. Its final event will be on New Year’s Eve.

Southwark NewsNewsCouncil rules Coronet Theatre can live out last 5 months of its lease, but ‘urban’ events are banned