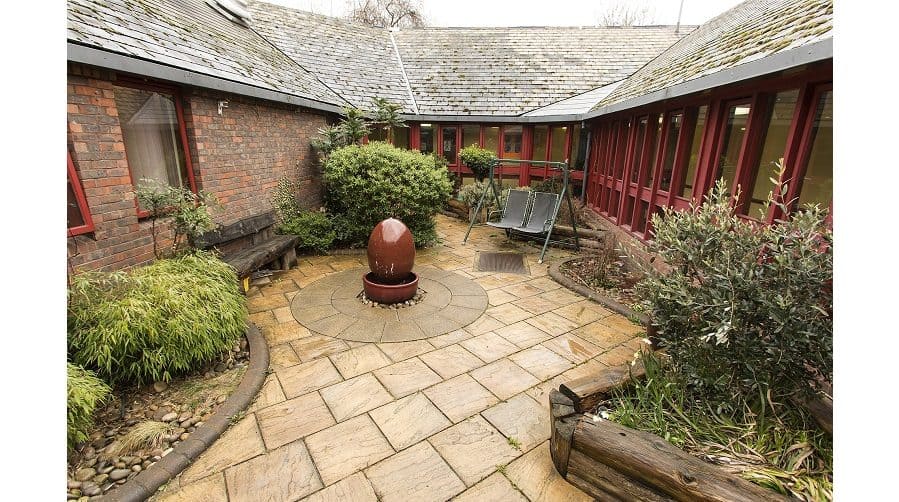 The court yard at Queen's Road day centre, in Peckham

There is growing speculation that Southwark Council will seek to build new offices on the treasured Queen’s Road Day Centre.

The News revealed in March that the Riverside Day Centre and Queen’s Road Day Centre, both run by the Camden Society, are likely to close when their leases expire later this year.

Both centres have been a lifeline for adults with learning disabilities for many years, providing activities and vital social interaction for service users.

A report produced in November stated the council’s intention to open new offices “Queen Road 4”, and there are no other known sites around Queen’s Road that the council owns.

The ‘Fairer Future Workplace Strategy 2017-2021’ report said: “We now need to think about incorporating the new build at Queens Road and revitalising other office accommodation to ensure that we have the right provision of space and services in three years’ time and beyond.

“The development of a fourth building at Queens Road presents the opportunity for the council to review how the existing workplace model has performed both in 160 Tooley Street and Queens Road 1-3.”

The report also discusses plans to close other council offices in the area. It said: “The development of QR4 will make it possible to release for redevelopment or disposal the following sites: Sumner House, Curlew House and 34 Peckham Road [Register Office].”

When asked about the future of the site, a council spokesperson said: “The council is working with the Camden Society on a way forward regarding their leases at Queen’s Road and Riverside and we hope to be able to make a joint statement in the near future.

“The council has been open about potential options for our site at Queens Road going forward, and at the moment no decisions have been made.”

The lease on the Queen’s Road centre ended on January 31. The council has allowed the charity to continue to operate rent-free until June.

The council previously told the News that the Queen’s Road centre is not fit for purpose, and could cost hundreds of thousands, if not millions, to bring it up to standard.

Sue Plain, Southwark’s branch secretary for Unison, said she had previously asked the council herself, and that the council “would not confirm or deny” the possibility of opening offices on the site.

She added that some council staff may prefer being based in Peckham, as their travel costs would come down, and staff would prefer not being in the Congestion Zone, and with cheaper shops nearby.

“I assume our members would prefer to be in Peckham rather than the more front-facing location in Tooley Street,” Sue said. “It would also bring more benefit to the local economy and bring more jobs to the area after the old Town Hall [in Peckham Road] was closed.”

Southwark Liberal Democrats leader, councillor Anood Al-Samerai, said: “I have been really concerned to hear rumours that Labour councillors want to use the Day Centre for council offices, instead of the most severely-disabled residents in the borough.”