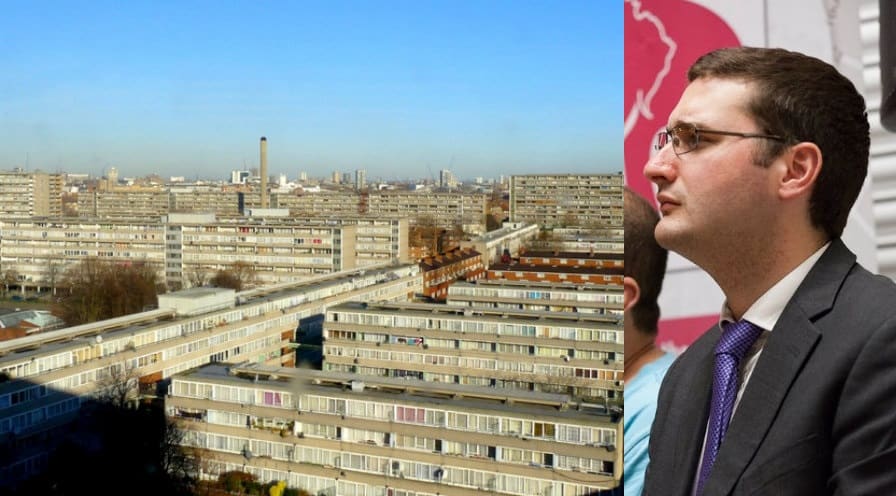 Southwark Council may have to spend a further £50,000 and six more months to overturn a government decision which prevented it from clearing leaseholders from Phase One of the Aylesbury Estate.

The admission was made during an ‘overview and scrutiny’ meeting on Tuesday, where a committee of Liberal Democrat and Labour councillors quizzed senior officers and cabinet member for regeneration and new homes, Mark Williams.

The council said this was its preferred option for emptying the western section of the Aylesbury before handing it over to Notting Hill Housing Association for demolition by 2018, rather than negotiate with leaseholders on the value of their flats.

The meeting was frequently interrupted by leaseholders from across the Aylesbury who shouted that they would only accept a “like for like” exchange for new flats that are the same size as their current ones.

Last month the council said it wanted a judicial review of the government’s decision to block it from forcibly buying eight remaining leaseholders’ flats using a CPO (compulsory purchase order) for prices below £300,000.

After taking 27 months to reach a decision, a government inspector said it rejected the council’s CPO because it would “contravene” the eight Aylesbury leaseholders’ human rights and “dis-benefit” them socially and economically.

At Tuesday’s meeting, officers responded to questions from Southwark Lib Dem leader Anood Al-Samerai regarding the use of taxpayers’ money to have the judicial review.

Cllr Williams said the council expects to spend £50,000 on the judicial review to cover costs of hiring a QC and junior barrister, before the outcome would likely be delivered in April 2017. He also confirmed that the total cost of the first CPO attempt had been £200,000.

But the council did not say how much it would additionally have to pay if it loses the review, and has to pay the government’s legal fees on top of its own. It also would not answer whether it would invest in taking its case to the Court of Appeal, when asked by the News after the meeting.

Cllr Williams defended this strategy saying “It is our firm belief that the [government’s] decision was based on factually incorrect information,” and that secretary of state Sajid Javid had “ignored” updated evidence submitted by the council.

He added: “We’ve put in place a range of options for the leaseholders that will enable them to stay in the area.”

The options mentioned included the opportunity to become Notting Hill tenants in flats built nearby; to trade the value of their flat for an equity share in a new flat, while paying service charges; to entering a ‘non-binding arbitration process’ over property price disputes; to go to a Lands Tribunal.

After questioning, the committee voted against a motion to “call-in” the council’s decision to seek a judicial review, with nine Labour councillors voting against, and three Lib Dems in favour.